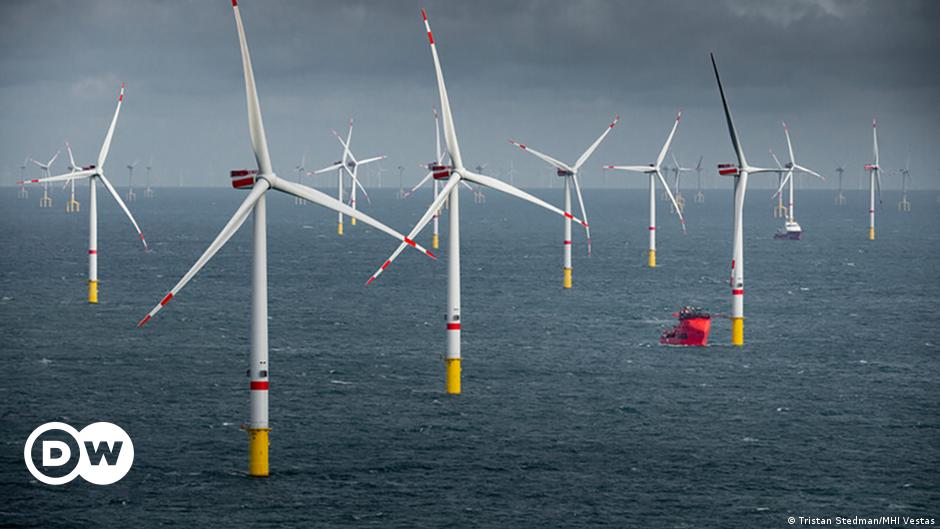 Germany, Belgium, the Netherlands and Denmark pledged on Wednesday to build at least 150 gigawatts of offshore wind capacity in the North Sea by 2050.

The declaration, signed at an offshore wind summit in Denmark, comes as Europe also seeks to reduce its near-term dependence on Russian energy imports amid the war in Ukraine.

“This is not just a declaration, but the toolkit of what we have to do and will do in the coming period,” said German Chancellor Olaf Scholz, who traveled to Denmark to sign the declaration.

Robert Habeck, German Vice-Chancellor and Economics Minister, said the move would boost the expansion of renewables in Europe “and thus further reduce dependence on gas imports”.

Habeck said the declaration was the “basis for the first truly European power stations”.

According to Habeck, the objective was “no longer for each country to do what it wants, but to approach this in a truly cooperative way”.

The wind turbines would be high off the coasts of the four countries. The project would represent a tenfold increase in current offshore wind capacity in the EU.

This capacity would be enough to power 230 million European homes. The ambition is also to use green energy to make hydrogen and green fuels for heavy industries and transport that cannot be easily electrified directly, Danish Business Minister Simon Kollerup said.

According to Denmark’s Climate and Energy Minister Dan Jorgensen, the cost of installing 150 gigawatts of offshore wind power would amount to hundreds of billions of dollars and would be financed mainly by private investors with small grants. of State.

The European Commission is aiming for 300 gigawatts of offshore wind power by 2050, up from around 16 gigawatts currently installed.

To reduce dependence on Russian fossil fuels, Brussels is proposing a three-pronged plan, including a shift to importing more non-Russian gas, faster adoption of renewables and greater efforts to energy saving.

All remaining funding will be used to accelerate and scale up the clean energy transition, von der Leyen said.

“We need to end fossil fuel pollution and accelerate the transition to renewable energy before we burn down our only home,” the UN chief said in his pre-recorded message. “Hurry up.”

Guterres’ plan has focused on increasing the spread of renewable technologies, along with greater investment, as well as ending fossil fuel subsidies.

He called for tripling public and private investment in renewable energy to at least 4 trillion dollars (3.8 trillion euros) per year.