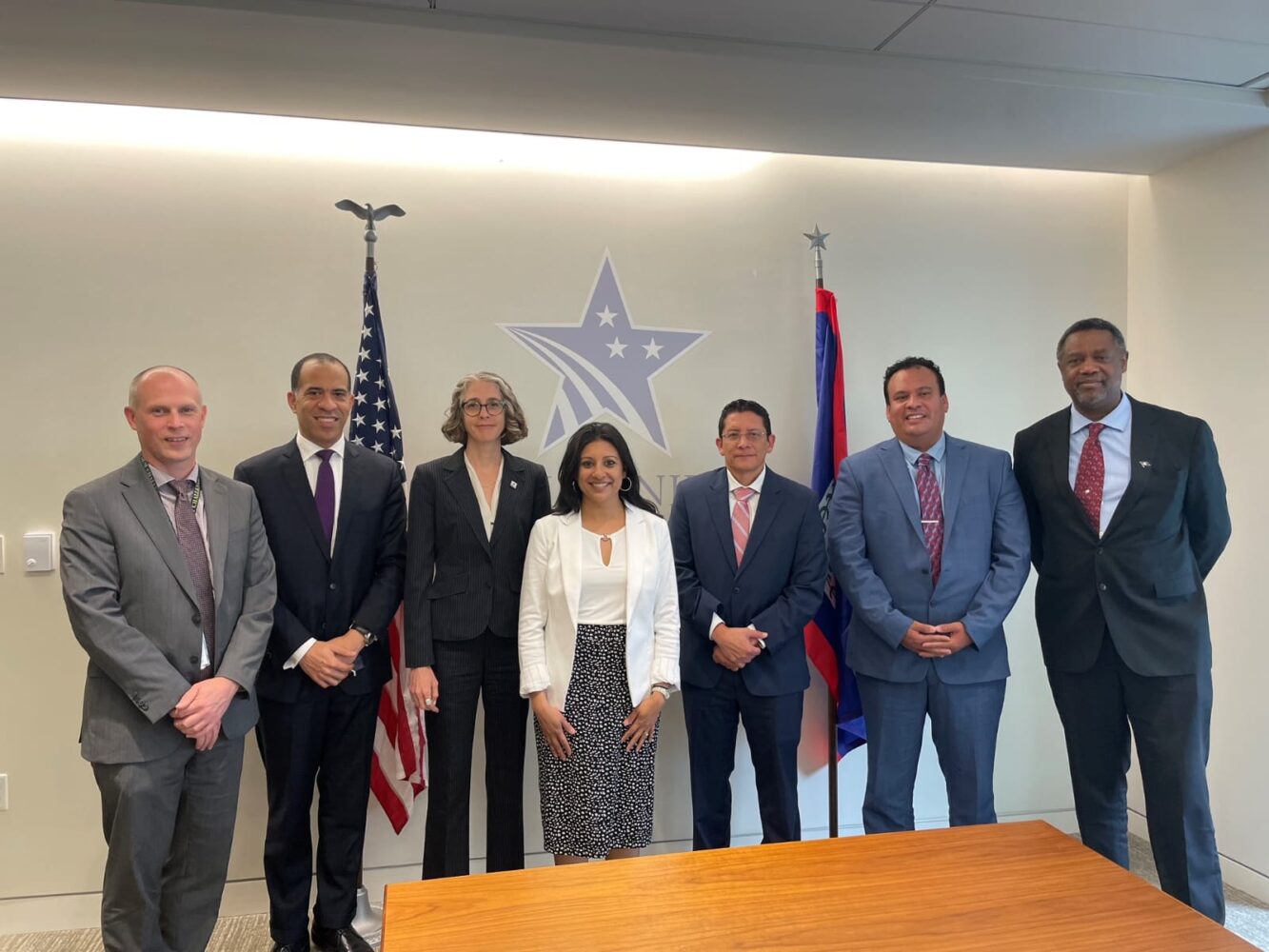 The Belize delegation also met with senior officials from the US Treasury and the Office of the Comptroller of the Currency, and further held a bilateral meeting with the Minister of International Development of the Government of Canada, the Honorable Harjit S. Sajjan. At the invitation of the IMF, Minister Coye remarked on Belize’s experience and approach to fiscal consolidation while maintaining social cohesion at the IMF Western Hemisphere Directors’ Meeting of Ministers Caribbean Finance and Central Bank Governors. Similarly, at the invitation of the World Bank, Minister Coye remarked on the acute challenges facing the Caribbean at the World Bank’s Managing Director’s Meeting of Caribbean Governors.

The objectives of the mission were to: (i) strengthen relations between Belize and its various multilateral and bilateral partners; (ii) inform its partners of Belize’s experience and the way forward; (iii) address current challenges, including correspondent banking relationships and financial risk reduction; (iv) focus on national priorities including education, support to MSMEs, energy/electricity costs, poverty reduction, climate resilience and debt sustainability; (v) discuss projects underway and in the pipeline; and (vi) obtain additional support from its partners, through financial and technical assistance, to meet government priorities and advance its Plan Belize initiatives.

The Belize delegation was well received by all its multilaterals who endorsed the remarkable efforts of this administration and indicated their willingness to make available significant financial and technical resources in support of Belize’s sustainable economic and human development in many many areas, including education, digitalization, renewable energy and the development of a carbon credit framework.

On behalf of the government and people of Belize, Minister Coye thanked our multilateral, bilateral and private sector partners for their continued commitment to Belize.

Advertise with Belize’s Most Visited News Site ~ We offer fully customizable and flexible digital marketing packages. Your content is delivered instantly to thousands of users in Belgium and abroad! Contact us at [email protected] or call us at 501-601-0315.

© 2022, BreakingBelizeNews.com. This article is the copyrighted property of Breaking Belize News. Written permission must be obtained before reprinting in online or print media. REPRINTING CONTENT WITHOUT PERMISSION AND/OR PAYMENT IS THEFT AND PUNISHABLE BY LAW.