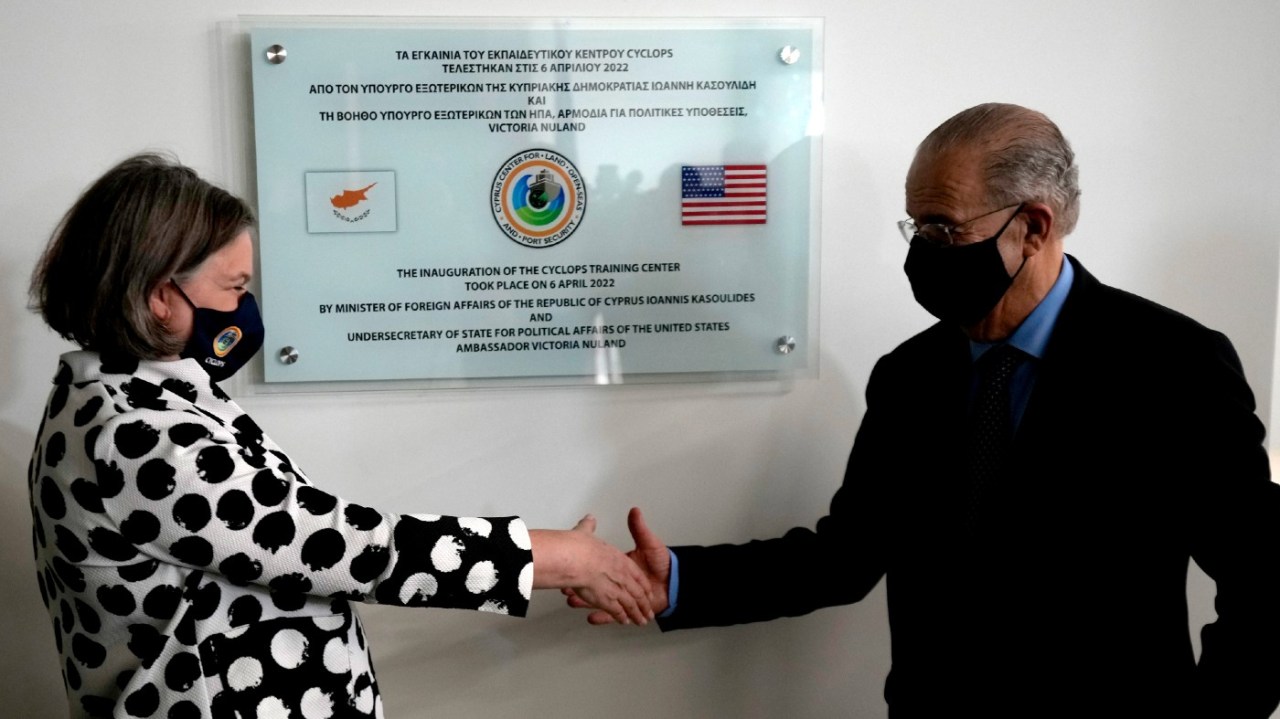 Arming Cyprus is the next step to deter Putin and Erdogan

Earlier this month, the Biden administration lifted the three-and-a-half-decade-old ban on US arms sales to the Republic of Cyprus. With the ban in place, America had tied an arm behind its back in the eastern Mediterranean. The United States is already arming Israel and Greece but, until now, has not extended a similar hand to Cyprus, a key partner in deterring Russian and Turkish aggression.

The increasingly contested region is home to massive offshore energy discoveries and sits at the intersection of the chaotic theaters of Europe, the Middle East and Africa. As the Biden administration takes the important step of lifting the year-long arms ban, Washington can bolster stability in this vital region by supplying the Republic of Cyprus with much-needed American-made weapons.

Congress restricted US arms sales to Cyprus in 1987, hoping it would spur a diplomatic settlement of the island’s frozen conflict. Yet Cyprus still remains divided. All the arms ban accomplished was to push the Republic of Cyprus towards Russia while undermining its ability to promote stability in the Eastern Mediterranean. Last year, President Biden renewed a one-year limited waiver that President Trump first issued to allow the sale of non-lethal defense articles to Cyprus, a recognition both of the importance of Cyprus and the harm of the arms ban to American interests.

As the region becomes increasingly contested due to offshore natural gas discoveries and as the epicenter of global strategic competition, Cyprus is an important U.S. partner against growing Russian aggression and unreliable foreign policy. from Turkey. As America’s European partners seek to reduce their dependence on Russian energy, the development of natural gas routes across the Mediterranean is increasingly important.

However, Turkish belligerence is hampering the growth of trade and energy projects in the region. In June, Cyprus filed a complaint with the United Nations that Turkey was trying to take full control of northern Cyprus. Tensions between Athens and Ankara have escalated in recent weeks, with the two sides accusing each other of violating their airspace and Turkish President Recep Tayyip Erdogan making open threats to attack Greece.

Recognizing the need to move beyond the policies of the 1980s, but that Cyprus’ close ties to Russia are a significant obstacle to lifting the arms ban, the National Defense Authorization Act for the 2020 financial year (NDAA) has paved the way for the resumption of arms sales, should Nicosia reduce its ties with Moscow. Specifically, the law requires Cyprus to cooperate with anti-money laundering efforts and block Russian navy vessels from accessing its ports as conditions for lifting the US ban on arms sales.

Cyprus has now fulfilled both of these obligations. In recognition, Secretary of State Antony Blinken has wisely taken the decision to lift the weapons ban for one year, as permitted by law, pending a further determination that Cyprus meets these conditions. The arms ban is expected to remain lifted as long as Cyprus continues its anti-money laundering cooperation and restricts access to Russian Navy ships.

Under pressure from the United States and the European Union, Cyprus has taken significant anti-money laundering measures, including ending its “Golden Visa” program in November 2020 and complying with regulations of the EU against the financing of terrorism.

Over the past few years, Russian ships have visited Cypriot ports many times, and Cypriot officials have previously stressed the need to maintain good relations with Moscow. Russian ships docked in Cypriot ports at least eight times between January 2021 and November 2021.

Since Putin’s unprovoked invasion of Ukraine on February 24, Cyprus has changed its rhetoric about engaging with the Russian military. In March, Cyprus suspended Russia’s use of Cypriot ports. He canceled the five Russian stops previously scheduled for this year and denied her access at least once. No Russian ship has visited a Cypriot port since November 2021.

Nicosia’s decision to cancel Russian visits to its ports at least temporarily fulfills the conditions for ending the ban on US arms sales to Cyprus. At the same time, it is unclear whether Cyprus will approve Russian naval visits to its ports if the war in Ukraine ends. If Cyprus repeatedly remains in compliance, Congress should consider permanently removing the ban.

The Biden administration has taken a first step towards strengthening stability in the eastern Mediterranean by reversing the failed ban on US arms sales to Cyprus. Ending the gun ban alone, however, is not enough to create positive developments. Now the United States can fully engage in the region by bolstering its partner’s security with much-needed weapons.

Vice Admiral Mark I. Fox, USN (Retired) served as Deputy Commander of United States Central Command and is a member of the Jewish Institute for United States National Security (JINSA) Policy Projects on the Eastern Mediterranean and the Accords of Abraham. Ari Cicurel is a senior policy analyst at JINSA.

Pipeline of green hydrogen projects will reach 134 GW by 2030, but it would take six times that to be on track to net zero: IEA