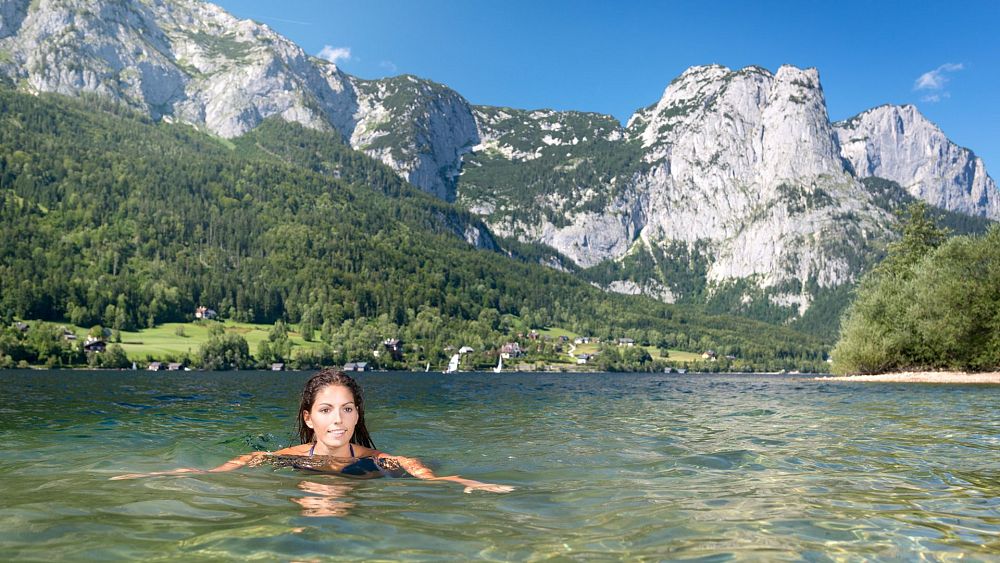 Austria voted the cleanest place to swim in Europe: Here are 5 wild spots to swim

If you’re an avid swimmer, forget the beach and head to landlocked Austria this summer.

The mountainous country has the cleanest bathing water in Europe, according to a new report of the European Environment Agency.

Almost 98% of Austrian bathing waters – areas where people bathe regularly – have been rated “excellent”. Across Europe, nearly 85% of the waters got this high score.

When you think of Alpine Austria, swimming might not be the first thing that comes to mind. But don’t be put off by the lack of coastline: this central European country has countless beautiful emerald lakes, including Lake Achensee, dubbed “the ocean of Tyrol” by locals.

Before you put on your bathing suit, here’s where to swim — and where to avoid — this summer.

Which European countries have the cleanest water for swimming?

Most European countries have many bathing sites that have been rated “excellent” by the EEA.

In MaltaGreece, Croatia, Cyprusin Denmark and Germany, at least nine out of ten sites achieved the highest ranking.

Holiday hotspots Italy and Spain also above the continental average, with 87.9 and 87.4% of sites scoring the highest.

Globally, Poland received the worst rating in Europe, with only 44.5% of sites earning the highest rating.

In some countries, you have to think twice before swimming, warn the authors of the report.

“Swimming at bathing sites with poor water quality can lead to illness,” they write.

“Bathing sites classified as poor must be closed for the entire following bathing season.”

Only 1.5% of bathing sites in the EU were of poor quality, or just 332 sites. Some 45 sites have been permanently closed after receiving a “bad” rating for the fifth consecutive year.

Five of the best wild swimming spots in Europe

All of the following bathing spots have been rated “excellent”.

Want a beachside atmosphere but afraid of rough waters? Don’t worry – discover the Giola Lagoon on the Greek Island of Thassos.

This natural rock pool near the village of Astris is separated from the ocean by a rock face but fills daily with warm Aegean seawater. Visitors can jump from eight-meter rocks into the azure blue lagoon.

This vivid turquoise lake is one of the cleanest swimming spots in the Region. There are plenty of sunbathing opportunities on the gravel beaches by the water and on the wild offshore islands. If you decide to swim, be careful as your feet won’t touch the ground – the lake reaches a maximum depth of 192 meters.

An hour’s drive from Trevi in ​​central Italy, this lake is famous for its extreme clear water. Hike the mountains on the north shore of this beach-lined lake or rent a paddle boat and explore its calm waters.

This emerald green lake was carved out of the Alps by glaciers over 20,000 years ago. Surrounded by picturesque mountains and lush green meadows, it is a favorite swimming destination for locals and tourists alike.

Underwater visibility can reach 10 meters, making the lake a paradise for scuba divers. The water reaches 22°C in summer – but brave souls can try the annual New Year’s Dash when the water is a bit cooler.

This superb Croatian The lake sits in a deep sinkhole which experts say was formed by the collapse of a huge cave. You will earn your swim as visitors must descend a rocky path for 45 minutes to reach the crystal clear waters of the lake. Why not pack a picnic and make a day out of it.