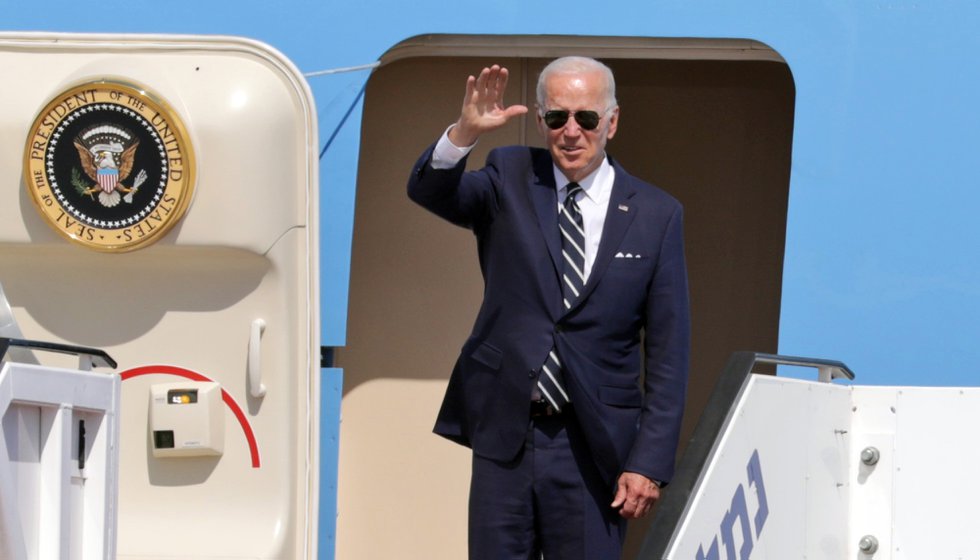 Biden will announce climate actions at a former coal-fired power plant in Massachusetts.

WASHINGTON (AP) — President Joe Biden will announce new climate change action he can take on his own just days after a influential Democratic senator dashed hopes for a sweeping legislative package of new environmental programs this year.

Biden is due to unveil the latest efforts during a visit on Wednesday to a former coal-fired power plant in Somerset, Massachusetts, which is transitioning to manufacturing offshore wind turbines. It’s the embodiment of the clean energy transition that Biden seeks but has struggled to achieve in the first 18 months of his presidency.

Wednesday’s executive actions include new initiatives to bolster the nation’s offshore wind industry as well as efforts to help communities cope with soaring temperatures through programs administered by the Federal Emergency Management Agency and the Department of Health and Human Services, according to a White House official.

But the actions Biden announces on Wednesday will not include a declaration of national emergency to address the climate crisis — something that has been sought after by Democratic activists and lawmakers after Sen. Joe Manchin, DW.Va., last week scuttled talks on a legislative package.

White House officials said the option remains under consideration. Press secretary Karine Jean-Pierre declined on Tuesday to present a timetable for a decision in addition to saying that no such order would be issued this week.

Gina McCarthy, Biden’s climate adviser, said the president isn’t shy about treating the climate as an emergency. She told CNN on Wednesday that he would announce a series of actions “over the next few weeks” to address the threat.

Sen. Ed Markey, D-Mass., said he was “confident the president is finally ready to do whatever it takes to address this crisis.”

“I think he made that clear in his statement last Friday, and I think coming to Massachusetts is a further articulation of that goal,” Markey told reporters Tuesday.

Biden has come under considerable pressure to issue a climate emergency declaration, which would allow him to redirect federal resources to bolster renewable energy programs that would help accelerate the transition away from fossil fuels.

Jean-Pierre declined to detail internal deliberations on such a statement, which would be similar to one issued by Biden’s Republican predecessor, Donald Trump, who declared a national emergency to build a wall on the southern border when lawmakers refused. to allocate money for this. effort.

For now, Manchin said he would only agree to a legislative package that strengthens subsidies to help people get insurance under the 2010 Health Care Act and allows Medicare to negotiate the prescription drug prices that will ultimately reduce the cost of pharmaceuticals to consumers.

The White House has indicated that it wants Congress to accept this deal, and the president will address the climate issue himself.

“I will use all the powers I have as president to continue to deliver on my promise to move forward in the fight against global warming,” Biden told reporters over the weekend in Jeddah, Saudi Arabia, after talks between Schumer and Manchin have derailed.

Biden will tour the former Brayton Point power plant on Wednesday, which closed in 2017 after burning coal for more than five decades. The plant will now become an offshore wind turbine manufacturing site.

A Thing or Two You Should Know About Credit Scores, According to a Credit Repair Expert