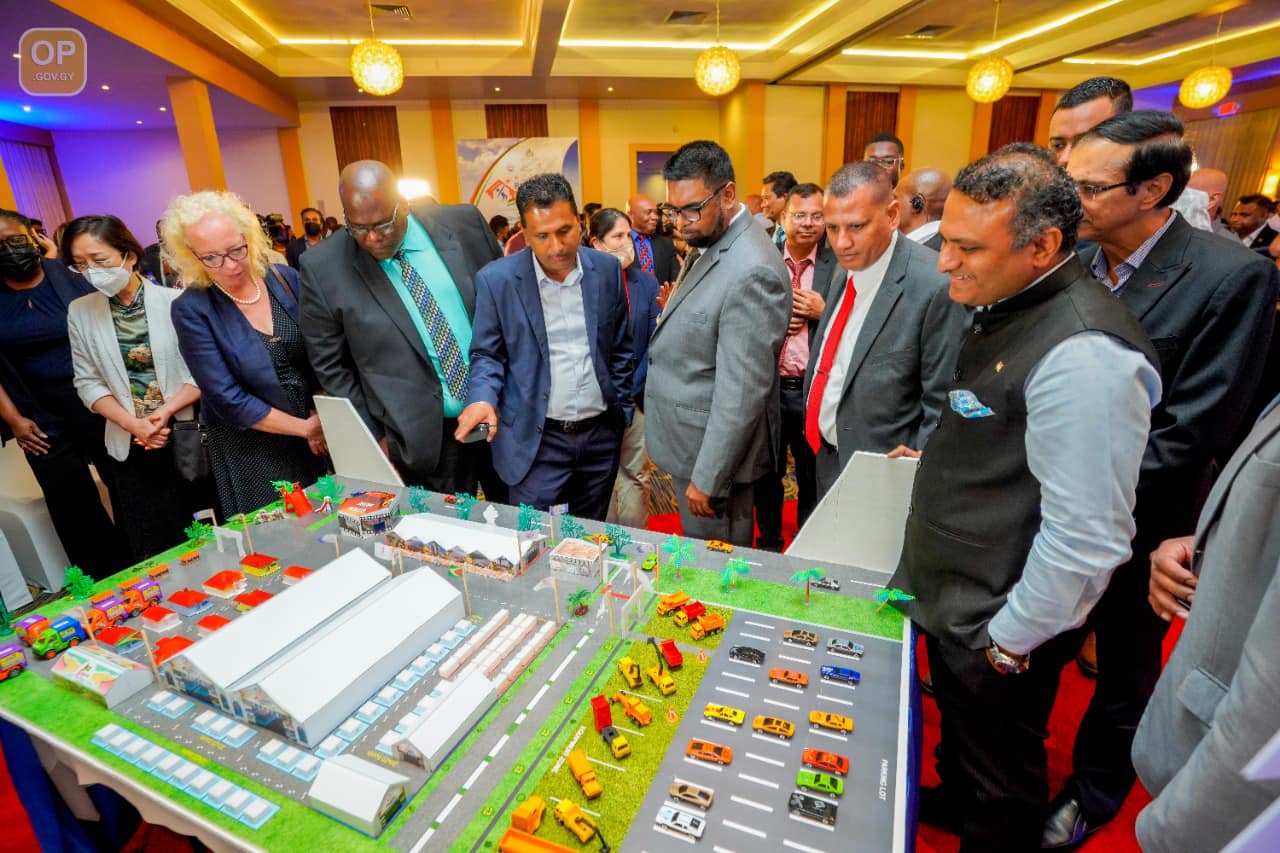 Building Expo 2022 will focus on affordable housing and better mortgages

The International Building Expo is set to return in July with a particular focus on affordable housing and construction in a rapidly changing Guyana.

The exhibition was launched last night by the Ministry of Housing and Water at the Pegasus Hotel.

In his address at the launch, President Irfaan Ali said that the exhibition is designed to present the government’s development trajectory from a construction perspective so that people from the private sector, banking sector and commercial sector can align their vision and align their business model with government plans and programs.

“We were also able to develop our own technology, and we were able to perfect our own art here in Guyana. So we’re maybe, I’ll say, in the top 10 of affordable housing, cost per square foot for affordable housing in the world,” the president said.

The president also announced the government’s plans to roll out a new ‘innovative model’ which will see the construction of 300 homes to be used as rental properties during the Caribbean Premier League (CPL) in September, as housing demand increases for this period. . .

The houses are expected to accommodate the hundreds of visitors expected for the cricket carnival.

The President pointed out that the income from the rental will then serve as a down payment to commercial banks for housing solutions for the poorest families. “These are the things that will really change the face of the country,” the president noted.

The Department of Tourism is also working with several agencies to convert private homes into guesthouses as well.

Big Pharma won’t be happy about marijuana cutting its profits