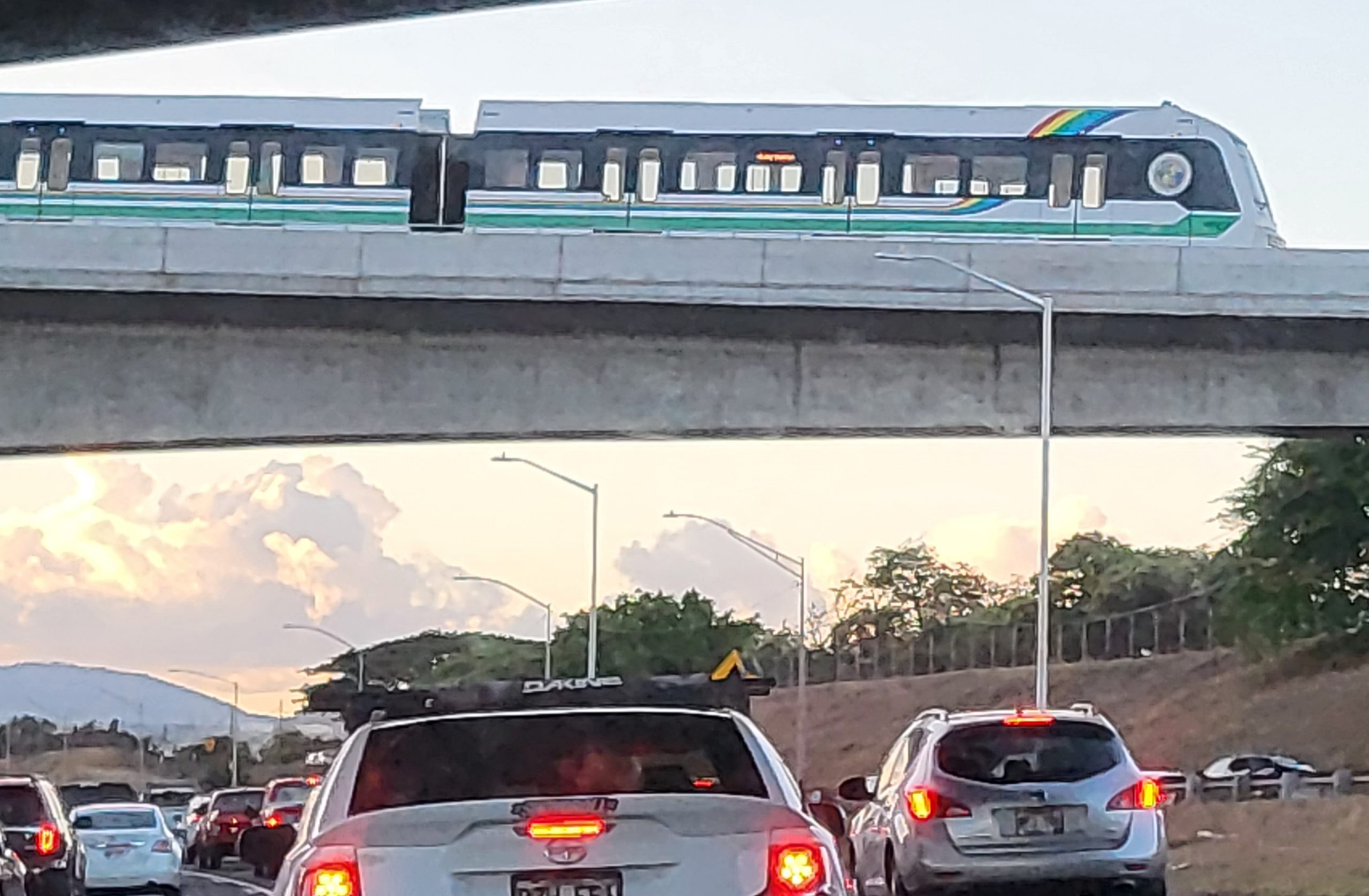 Danny De Gracia: Let’s get HOV lanes for all vehicles

When I first moved to Hawaii in 2003, my average commute time from Waipahu to downtown Honolulu during rush hour was reasonably less than 30 minutes, even under the worst of circumstances. Two decades later, I find myself spending an average of 80 minutes or more just to cover 23 miles.

I can only imagine how much more aggravating the driving experience must be for people who live in Ewa Beach, Waianae or the more remote parts of the island. Like I said before, whether we’re driving a car, carpooling, or taking a bus, we’re all equally stuck in traffic together.

And to me, the ultimate insult of Honolulu planning is being stuck in traffic as an empty, unused, and incomplete Honolulu railcar passes overhead as part of a test drive for the long-delayed system.

This past weekend, some out-of-town friends came to visit me for a social visit and briefed a few Hawaii State Capitol officials on the latest technology in water production. When they finished the official part of their tour, they asked me if I could drive them from the Moana Surfrider Hotel in Waikiki to the Dole Plantation in Wahiawa. I agreed, but told them we had to leave early to have time to do all the other things they wanted to do.

“But that’s only about 26 minutes from here, isn’t it?” one of them asked me, drawing an instant smirk on my face.

“26 minutes to San Antonio, 45 minutes to Hawaii,” I corrected them. (They incorrectly assumed, as is often done on the Continent, that one can drive an average of one mile of car travel per minute.)

But as anyone on Oahu knows, although traffic can pile up even on weekends, the advantage is that when driving on H-1, we can use all lanes of traffic, including the lane reserved for high occupancy vehicles. This means that traffic can flow, quite quickly, because we are not artificially clogging the motorway. And as many Oahu residents continue to experience unbearable commutes during workdays, there may be a lesson to be learned and an opportunity to be seized here.

Open HOV lanes to everyone until we fix traffic

Until we can figure out ways to get more cars off the road or stagger trips so everyone isn’t jumping on H-1 at the same time in the morning and evening, we should just get rid of HOV lanes and allow anyone, at any time, to use all H-1 lanes. This means you don’t have to spend 20 minutes driving from Waipahu to the airport, only to spend another hour waiting in the middle lane of H-1 to get downtown.

Yeah, yeah, I can already hear the virtuous flaggers coming out of the woodwork in response to that idea. Person 1, from academia: “HOV lanes exist to encourage people to stop driving alone and carpool, which is better for the environment.” Well guess what? It doesn’t work, because we don’t all go to the same construction site, and the time it takes to drop off your buddy will make you late for work if you try it.

Person 2, Establishment: “We actually want traffic and streets in general to be inconvenient for those who use cars, because cars cause structural inequality, and we want to encourage people to use active transportation by eliminating the convenience of the automobile.” Oh really? Do you want to walk or bike 43 miles, round trip, every day, to work in dress clothes and in tropical weather? Or is it fair to everyone but you?

And Governor David Ige, with his pointless “I recommend you consider telecommuting” platitudes – when he himself has the power to implement a mandatory telecommuting policy for his government to reduce traffic – does not neither helps Oahu’s nightmare commute or the environment as a whole. “I recommend you consider” was the same defeatist slogan they gave us during the part of Covid where we all decided to stop trying.

So, let’s get rid of the utopian visions of Oahu and get straight to business. Open HOV lanes until our government sees fit to properly restructure Oahu’s infrastructure so that convenient and fast transportation alternatives — not gimmicks meant to funnel money to contractors and consultants on a project that will never be finished – are available.

Some may say that to get rid of HOV lanes we would need to amend the Revised Hawaii Statutes. So edit them then – next session. In the meantime, let loose in the executive branch and use the constitutional and expansive power of a department’s right to make rules and enforce rules (or not enforce rules) to allow everyone to use HOV lanes to expedite traffic on H-1.

The fact that all traffic lanes can be opened to commuters during a “crisis” such as a major accident or state emergency tells me that the authority exists to allow people to use HOV lanes. Well, we’re in a traffic crisis, and might as well get those extra lanes back on business days since we have no other options.

Combine that with changes to University of Hawaii coursework to include virtual options and remote testing, a robust telecommuting policy for state and county government, and more convenient public transportation, and maybe we’ll get out of this traffic problem.

Let me say it again. We can fix Oahu. We just need the right mindset.