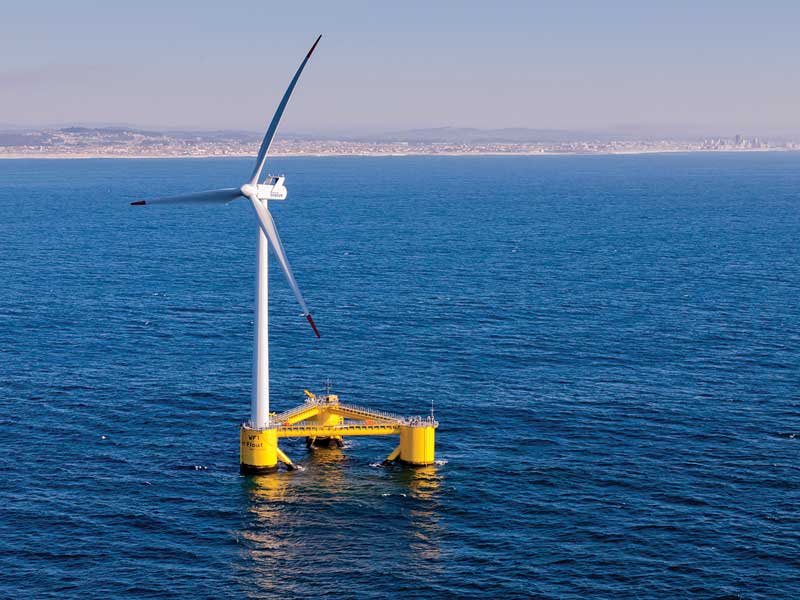 HOUSTON (WO) – The offshore wind sector has made tremendous strides over the past year, putting the industry on track to meet President Joe Biden’s goal of reaching 30 gigawatts of offshore wind generation from by 2030. To ensure its success, the US Department of Energy (DOE) allocates funds and programs for the development of projects in the Gulf of Mexico, the central Atlantic and off the coast of Oregon.


Jocelyn Braun-Saracino, director of offshore wind for the DOE, presented the department’s strategy for advancing offshore wind development during the OTC session “Shaping the Future: Growth of Offshore Wind in the States United” Thursday.

“Achieving this goal will be essential to creating a new industry, revitalizing the country’s waterfronts, creating well-paying jobs and critically helping to address the country’s climate emergency…from a perspective economic, achieving this goal could also generate $12 billion in capital and project investment each year by 2030,” Braun-Saracino said.

The Biden administration has called for the wind power program, which historically had a budget of $60 million a year, to grow 86% next year to $200 million. The budget will be used to select sites for the turbines, develop cost-effective floating platform designs and couple offshore wind power with energy storage and hydrogen production.

Additionally, the Title XVII program run by the DOE’s Office of Lending Programs has earmarked $4.5 billion in loans and loan guarantees for offshore wind projects, she said.

“We are really working to support R&D that improves the performance of wind turbines and offshore wind power plants,” she said. “We want to make sure we have a solid understanding of the offshore wind resource, enable economies of scale, and pave the way for the adoption of floating offshore wind in the United States.”

In April, the Department of the Interior announced that the Bureau of Ocean Energy Management (BOEM) had identified two potential areas for offshore wind development off the coast of Oregon and in the central Atlantic. The locations total 1.16 million acres and are approximately 12 nautical miles from shore in central and southern Oregon.

The agency also identified six areas totaling 3.9 million acres between Delaware and North Carolina as potential sites for wind turbines. The areas are approximately 20 nautical miles or more from shore.

According to Braun-Saracino, these projects will not only help the United States achieve 30 gigawatts of wind generation by 2030, but will also put it on track to meet its broader goal of 110 gigawatts of offshore wind projects by 2030. 2050.

“I think those goals are powerful,” Braun-Saracino said. “They help foster the kind of investment environment that we need for companies to invest in the supply chain. And I think, most importantly, they also provide a basis for planning. They help us to figure out what we need to plan for, what issues we need to plan for.”