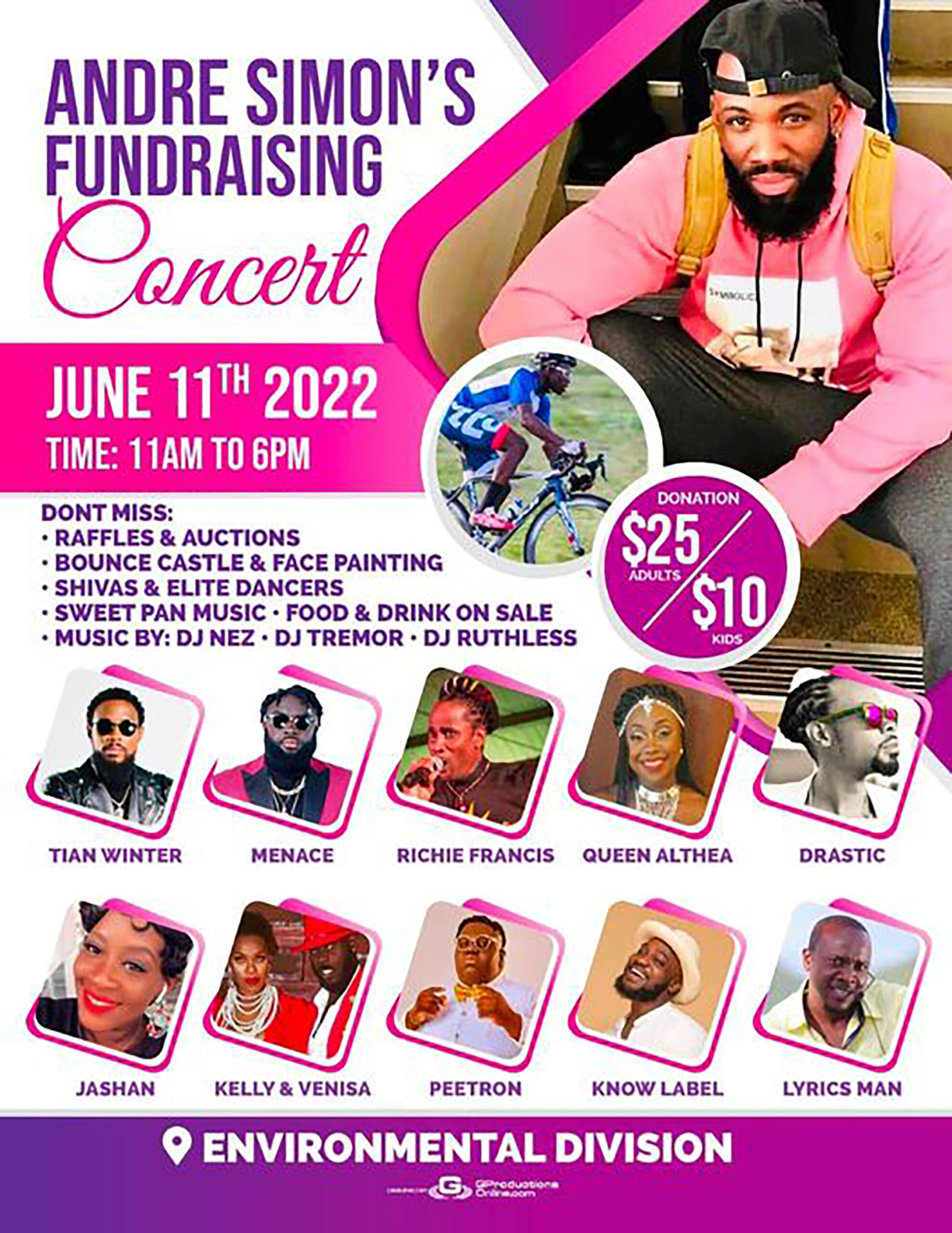 A concert and lunch is the next fundraiser for national cyclist Andre Simon’s family as they work feverishly to raise enough money to send him to the United States for medical treatment.

Simon was one of four cyclists hit by a vehicle while training on Mother’s Day, but the 36-year-old, who suffered the most serious injuries, remains at Sir Lester Medical Center Bird after suffering head trauma and internal bleeding.

In the latest update, Andre’s sister, Beatrice Simon, said he was not only released from intensive care, but was no longer dependent on ventilators and was “practically breathing on his own with a little oxygen.

Beatrice further shared that her brother is in what’s called an “awakening coma” where “his eyes are still open but he’s not reacting.”

André is therefore still in need of urgent medical treatment which requires him to be taken abroad.

Seeing that the business is extremely expensive, several fundraisers have been organized, including a GoFundMe page which has so far raised around $32,000.

Béatrice is appealing to the public to continue to donate and/or attend the concert and lunch on June 11, which will include food and activities for all.

And according to Beatrice, the food and drink on sale will not only cater to all types of eaters, but there will also be activities for kids and adults, such as face painting and raffles.

People wishing to buy tickets or simply donate to the cause can call Béatrice at 770-5144.

Monetary donations can also be made through the GoFundMe page at https://gofund.me/49f11497 or to Caribbean Union Bank AC #20004089, Community First Cooperative Credit Union AC #098425 and Eastern Caribbean Amalgamated Bank AC#131003564.

About $1,200 has so far been collected through the various bank accounts.

The motorist who allegedly hit Simon – along with fellow cyclists Sean Weathered, Ghere Coates and Tiziano Rosignoli who all also received hospital treatment but were later released – has been charged with dangerous driving.

Kenyatta Benjamin, 39, from Hatton, has been released on bail and is due back in court on July 28.