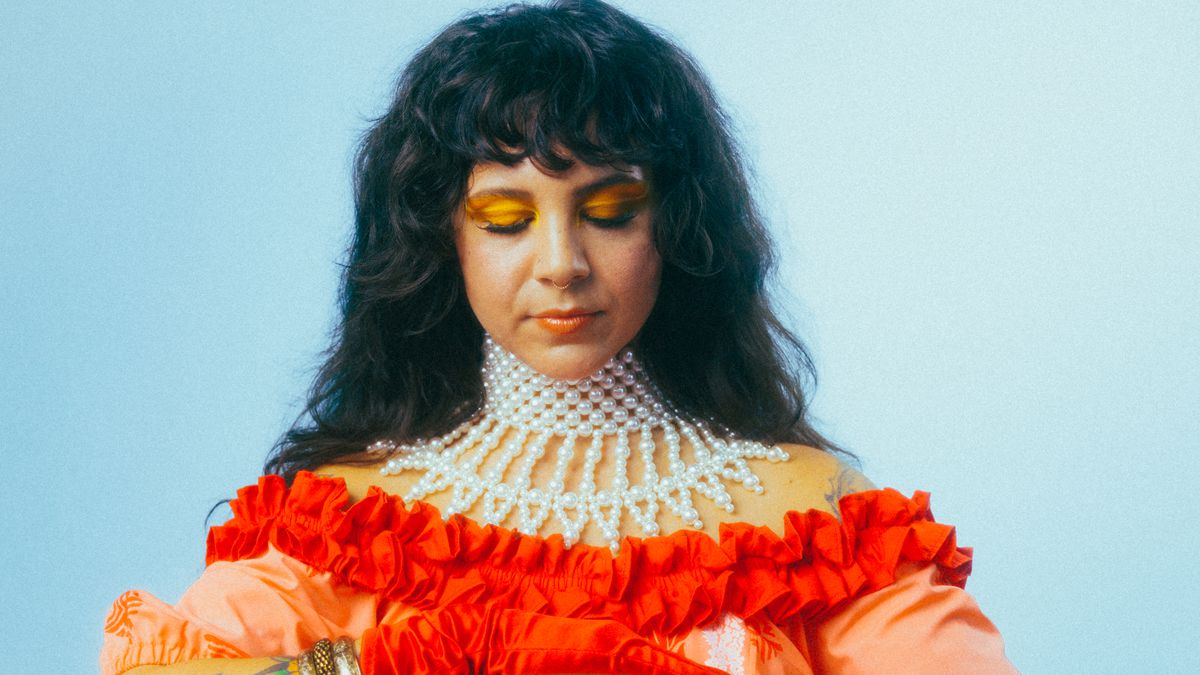 For more than a decade, Isabeau Waia’u Walker worked in education while moonlighting as a musician. Although Waia’u Walker dreamed of playing music full time, she insists teaching wasn’t just a day job.

“I wanted to be a teacher,” says Waia’u Walker, who grew up in Hawaii but lives in Oregon City, Oregon. “I did not enter the profession as a first step to get into music. I didn’t go into it just because there was some semblance of stability, schedule, salary and expectations. I really wanted to be with the students and the families in this space.

Despite this passion for teaching, the dream finally won out three years ago when she decided to quit her job at Canby High School to pursue a career in music.

The pandemic has upended the music industry and left Waia’u Walker unable to perform live music, a devastating blow for a budding artist. Undeterred, she continued to write, and her “worthy risk,” as she calls her decision to change careers, paid off this month with a debut album titled “Body” (due out May 15).

The 12 songs on the new album explore the dramatic change she’s been through, as well as some of the shared traumas we’ve all experienced during the pandemic. But Waia’u Walker’s reconnection with his Hawaiian heritage is perhaps the most striking theme on the record. “Body” even features several songs with lyrics sung in the Hawaiian language, including the album’s stunning “The Prince” which tells a deeply personal family story.

Singing in Hawaiian is a relatively new part of Waia’u Walker’s repertoire. In the late 1800s, the language was banned in the Hawaiian Islands and this ban was not officially lifted until 1986. Because of this, the language almost became extinct. Waia’u Walker says it was not spoken in her childhood home and her father was discouraged to learn it.

“My dad had to work on his own relationship with the language because he had been taught for so long that the only way for the world to take you seriously and survive because you didn’t have to [use the language]says Waia’u Walker.

In recent years, attitudes have changed and opportunities to learn the language have multiplied. This extends to Waia’u Walker’s family and his art.

“Honestly, the more my dad found healing in connecting [with the language]it had a ripple effect in our family,” she says.

Read his interview with OPB below.

Jerad Walker: You have a really interesting background. You were a school teacher for many years and left that profession in 2019 to pursue music full time. I imagine that the transition had a great influence on this corpus.

Isabeau Waia’u Walker: It was a huge change, not only because it was a different career choice and the risks involved, but because I wanted to be a teacher, I didn’t come into the profession as a first step to get into music. I didn’t go into it just because there was some semblance of stability, schedule, salary and expectations. I really wanted to be with the students and the families in this space.

And so this letting go of titles, letting go of security and even who I thought I was as a teacher to step into this new space – it’s really exciting. But honestly, I felt like I had turned my life upside down on purpose. But then it was a really worthwhile risk.

JW: The timing must have been tough with the pandemic, though.

IWW: Yeah. Well, a lot of people who hear that I was a teacher are like, “Oh, you left because of the way the [post-pandemic] world has changed education and teaching. It must have been tough. And I always have to come back with, “No, I left right before COVID.”

JW: Well, in a weird way, it’s pretty hard to pinpoint which profession has been hit the hardest. Education or music.

JW: You live in Oregon City but grew up in Hawaii and have Pacific Islander heritage. How does this island background influence your music?

IWW: I think it shows most in the who and what of what I write. But probably on first listen, first look, I don’t know if people will understand this stuff.

JW: I feel like your song “Rolled Over” jumps out at the listener on that. It looks like you’re exploring the back and forth between two different identities. There are striking lyrics in there that say “You will hear the oceans speak in speckled but frozen seashells among the roots of the evergreens.”

IWW: This song is exactly about pushing and pulling and I actually found a stability, even if those things are not resolved, somehow in this medium, the back and forth. come. I feel the most understood [in that place].

JW: You also sing in Hawaiian [ʻŌlelo Hawaiʻi] on some of the songs that come later in the album. Was the Hawaiian language part of your upbringing and what is the cultural significance there?

IWW: For me, it’s very important because the Hawaiian language has been banned for so long. The generation my dad grew up in – he heard it mostly at home or, for him, in church. It’s a way for many Hawaiians to keep the languages, to settle for translating hymns and scriptures. And because it was within church boundaries, it was a nice, sneaky way to keep him around her. But it’s stuck in the story as a song. And my dad had to work on his own relationship with the language because he had been taught for so long that the only way for the world to take you seriously and survive because you didn’t have to [use the language].

Honestly, the more my dad found healing in the connection [with the language]it was like a ripple effect in our family.

JW: Your album ends with a great song called “The Prince”, which seems like a pretty direct nod to your heritage. Can you tell me about this song?

IWW: Yeah. So “The Prince” is a song I wrote for my dad. It comes from a story my father told me. When he was three years old, he lost his father in a drunk driving accident and that moment is kind of the breaking point for our family.

And part of the money [accident] The settlement allowed my grandmother Hawea to send her to a really nice boarding school on the Big Island. My father, to this day, will say academically that was a great privilege. But on all other fronts, these were some of the worst years of his life. He was just the odd man out there completely – racially, culturally, even though it was Hawaii, and certainly socio-economically.

Fast forward to the end of his high school career in Hawaii. There are big high school diplomas [every year on the islands]. Everyone is covered in necklaces and families come out. It’s a big problem. He invited his mother, my grandmother, his brothers, my uncles and then Aunt I’o [who was very well-respected in the community]. And he has this memory of the big high school graduation. Everyone takes their lei and talks to their family members and he sees Aunt I’o approaching him. And the school chaplain, who had just given him so much hell since he was 12, he never felt like he belonged with those people. So this chaplain walks past and tries to intercept Aunt I’o and chat, let’s network and connect with someone who is well known in the community [kind of thing]. And Aunt I’o said, “I’m here for Kaleo.” My father’s name is Kaleo. And she passed the chaplain and walked towards my father.

And my father, [who was telling me this story while] sitting on the edge of my bed was like, “I felt like a prince – to be seen, especially in this crowd, as his most important thing.”

So this song comes from there. And the anthem, the ʻŌlelo Hawaiʻi, the Hawaiian parts of the song are not my direct lyrics. It’s an old hymn. Even though it seems to run counter to the themes of colonialism in the verses, to me this is where the language was held and held and allowed me access. And it held my family together. So even though it came through the church that hurt a lot, it was also a place where we were bonded and safe. Yeah, the song “The Prince” is for my dad, but it’s definitely for all the kids at home.