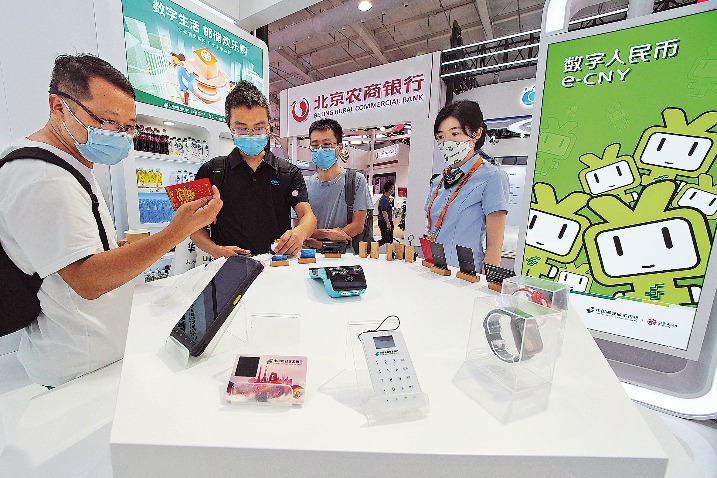 China’s renminbi currency accounted for 7% of all foreign exchange transactions so far this year, signaling the biggest expansion in currency market share and becoming the fifth most traded currency, up from eighth place in 2019, according to the report. 2022 Central Bank Triennial Survey. released Thursday by the Bank for International Settlements, or BIS.

The findings were based on statistics the BIS collected in April 2022. The latest data showed that the renminbi is now alongside the US dollar, euro, Japanese yen and British pound in terms of trade currencies. Daily settlements by the renminbi stood at $526 billion in April, up 85 percent from 2019, according to the survey.

The BIS findings coincided with the latest data provided by global interbank messaging system, the Society for Worldwide Interbank Financial Telecommunication. SWIFT said the renminbi accounted for 2.44% of global payments in September, down from 2.31% the previous month.

The Chinese currency thus maintained its position as the fifth most active currency for global payments measured by value, a position it secured in August.

Despite the short-term volatility, the long-term trend of a stronger renminbi will not be changed, the China Banking and Insurance Regulatory Commission said on Friday.

Zhou Maohua, an analyst at China Everbright Bank, said the renminbi’s rise in global payments and settlements is linked to China’s strong exports and the growing appeal of yuan-denominated assets for foreign investors.

Xiao Lisheng, a researcher at the Chinese Academy of Social Sciences’ Institute of Global Economics and Politics, said the renminbi was more frequently used in some parts of the world due to US sanctions on a time of geopolitical tensions. . The use of the renminbi will increase rapidly in these regions if the sanctions are prolonged.

In general, currency trading reached $7.5 trillion per day in April this year, according to the BIS. The US dollar accounted for 88% of all foreign exchange transactions in April, securing its dominance that hasn’t changed in a decade.

But it should be noted that the Chinese digital yuan, or e-CNY, has taken center stage in the central bank’s or CBDC’s cross-border digital currency trial, the BIS said.

Twenty banks from the Hong Kong Special Administrative Region, Thailand, mainland China and the United Arab Emirates took part in a six-week test that ended in late September. They used CBDCs to settle cross-border trade. Of the 164 payment and exchange transactions totaling more than $22 million, e-CNY was the most issued and most actively processed, showing that efforts to internationalize the yuan could bear fruit in a context of growing geopolitical tensions, the BRI said.

Zhang Ming, deputy director of the National Institution for Finance and Development, said the e-CNY has provided new trajectories for the internationalization of the renminbi. Once the use of e-CNY is extended to deposits and loans, foreign investors can obtain related assets denominated in e-CNY, apart from traditional yuan-denominated assets.

To further facilitate the internationalization of the renminbi, China should deepen bilateral cooperation in terms of local currency settlements with economies in Eastern Europe and those that are members of the Association of South Asian Nations. -East, said Cheng Shi, chief economist at ICBC International. In this way, the renminbi’s function in payments, settlements and as a reserve will be further enhanced in these markets, he said.

Meanwhile, continuous efforts should be made to complete the offshore renminbi supply mechanism to ensure liquidity and enrich product supply, Cheng said.