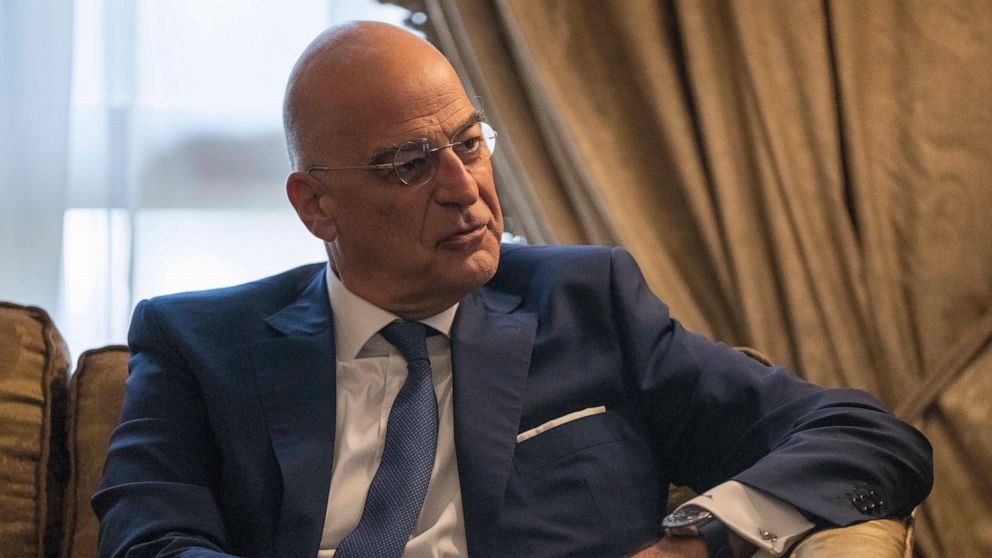 Greek Foreign Minister in Egypt for talks after Turkey-Libya deals

CAIRO — The Egyptian and Greek foreign ministers met in Cairo on Sunday following controversial maritime and gas deals that their mutual rival Turkey signed with a Libyan leader, officials said.

Cairo and Athens have strengthened their ties in recent years, including cooperation in the development of energy resources, the fight against terrorism and the signing of new agreements on maritime borders with Cyprus.

At a joint press conference, Foreign Minister Nikos Dendias said talks with his Egyptian counterpart, Sameh Shukry, focused on the memorandums of understanding between Turkey and Abdul Hamid Dbeibah, the head of the one of two competing governments in divided Libya. He said such deals pose a threat to regional stability.

The agreements, signed last week in the Libyan capital of Tripoli, include the joint exploration of hydrocarbon reserves in offshore waters and the national territory of Libya.

“Turkey seeks to take advantage of the turbulent situation in Libya to further destabilize the Mediterranean region and establish regional hegemony,” he said. “No one can ignore geography. No one can create a virtual world.

He called on the UN to take “a clear position” on the legitimacy of Dbeibah’s government, saying the international body “should not remain silent”.

Dendias said the two ministers also discussed developments in the Aegean, in reference to tensions with Turkey over Greece’s alleged deployment of dozens of American-made armored vehicles on the Aegean islands of Samos and Lesbos.

There was no immediate comment from Turkey or the Dbeibah government.

Libya has been in chaos since a NATO-backed uprising toppled and killed longtime dictator Muammar Gaddafi in 2011. The country has been ruled by rival governments for most of the past decade. There are now two administrations claiming legitimacy: that of Dbeibah in Tripoli and another government appointed by Parliament and chaired by Prime Minister Fathi Bashagha.

Jalel Harchaoui, a Libyan expert at the Royal United Services Institute, a defense and security think tank, said Turkey’s deals with the Dbeibah government, which have “little legal value”, were intended to provoke Greece.

The deals were “part of the policy of hyper-nationalist assertiveness that a weak and unpopular president,” Recep Tayyip Erdogan, is pursuing ahead of the June 2023 elections, he said.

Erdogan’s government exploited Dbeibah’s weakened position after Turkey helped him defend his position in Tripoli during deadly clashes in August that were part of Bashagha’s effort to install his government in the capital, said Harchaoui. Turkey has allied Syrian troops and mercenaries on the ground in the Libyan capital.

Libya’s prime minister defended the deals, saying they would help the North African country pursue oil and gas exploration “in our territorial waters with the help of neighboring countries”.

Turkey’s deals with the Dbeibah government came three years after another controversial agreement between Ankara and a former government in Tripoli. That 2019 deal granted Turkey access to a disputed economic zone in the gas-rich eastern Mediterranean, fueling Turkey’s pre-existing tensions with Greece, Cyprus and Egypt over drilling rights in the region.

What is the digital rupee