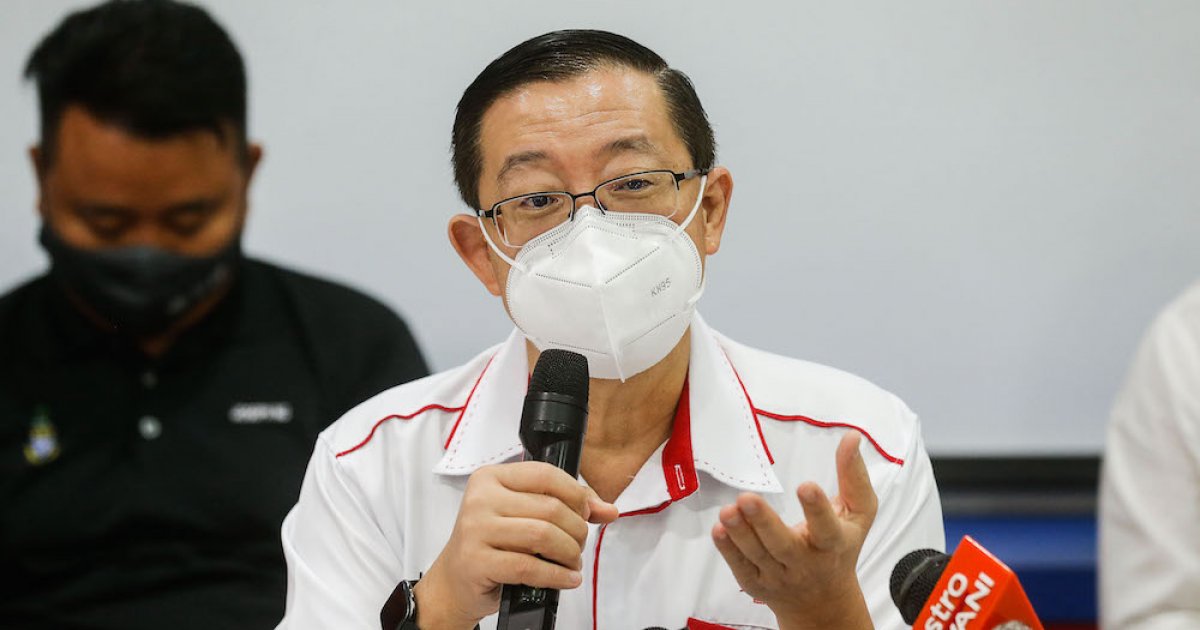 To support his argument, he listed 14 other cases of abuse of power involving “pro-government leaders or the MACC” that had similar “glaring loopholes”.

In a statement released today, the Bagan lawmaker said the Pandora Papers could be the tip of the iceberg of illicit financial outflows to offshore accounts involving billions of ringgits.

He added that the agency should fulfill its statutory duty by acting impartially, independently and professionally in a transparent manner, instead of only cooperating with Bank Negara Malaysia (BNM) and other agencies to investigate the matter.

â€œInstead of taking action to curb offshore financing practices, the government and the MACC seem stuck in inaction when pro-government figures are involved. This is the 15th case involving pro-government or self-righteous leaders that the MACC has not acted without fear or favor, â€Lim said.

The anti-corruption agency reportedly said it would work with BNM and other agencies needed to investigate the revelations.

The Pandora Papers were published by the Consortium of Investigative Journalists on October 3. It’s a data treasure house involving some 11.9 million documents and 2.9 terabytes of data – used to expose the allegedly corrupt actions of the global elite.

Lim also questioned, among other things, the ability of Minister for Women, Family and Community Development Datuk Seri Rina Harun to settle bankruptcy proceedings for debts of RM1.3 million, while ‘she had declared assets of RM 72,000 as of November 20, 2019 with income of RM 34,000.

â€œShe refused to explain her source of wealth.

â€œThe wave of defections of members of the Sabah State Assembly last year, generated by Tan Sri Musa Aman. This attempted backdoor government in Sabah ultimately led to the dissolution of the Sabah State Assembly and state general elections, which sparked the second wave of escalation in Covid-19 infections. at national scale. Musa was then appointed Minister of the State of Sabah, â€he added, pointing to another case which has not seen an investigation by the MACC.

Lim then brought up the case of the MACC’s investigation by Kuala Langat MP Dr Xavier Jayakumar, which he said had cooled off after Dr Xavier’s defection and support for Muhyiddin.

“MACC chief Datuk Seri Azam Baki refusing to go on leave to ensure there is no interference in MACC investigations following the arrest of three senior MACC officers for abuse of power and professional misconduct following the loss of 6 million US dollars (25 million RM) belonging to the former director general of the Malaysian Foreign Intelligence Organization, Hasanah Abdul Hamid, â€he added.

Abd Jalil said that of the four reports, two were classified as no further action (NFA) because they were linked to a memorandum urging authorities to investigate the leaked documents.

“An investigation document was handed over to Bank Negara Malaysia (BNM) on October 14, while another will be delivered to BNM on October 18,” he said.

Earlier that same day, Prime Minister Datuk Ismail Sabri Yaakob said the government would not interfere with investigations by law enforcement agencies regarding the Pandora Papers.

He said the government would leave it to enforcement agencies to read the report and investigate the Malaysians mentioned in the leaked documents, adding that action can be taken against anyone based on their findings.