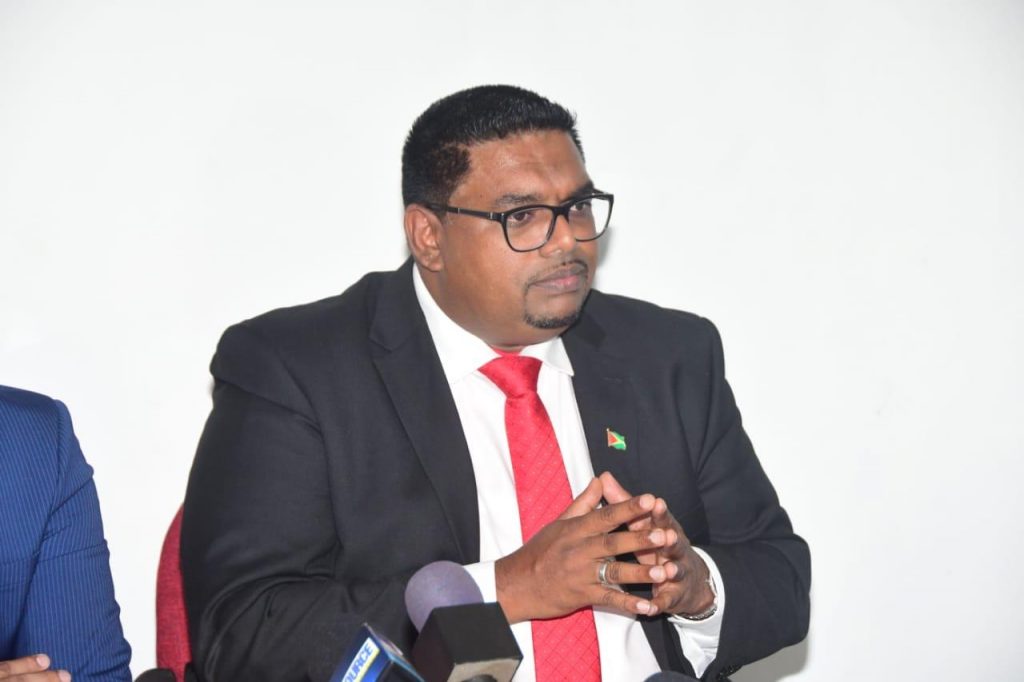 Guyana to set aside oil blocks for government-to-government partnerships

Guyanese President Irfaan Ali has said that some of the oil blocks that will be auctioned this year will be reserved for government-to-government partnerships in the future.

He told reporters that a new mix of policies towards Guyana’s oil and gas resources was underway, hinting at the United Kingdom (UK) as a potential partner who will benefit from this arrangement. Ali, accompanied by UK High Commissioner to Guyana, Jane Miller, said the two countries were looking to deepen their cooperation in the energy sector.

Asked by reporters for further details on this new initiative, Irfaan Ali said a “full elaboration” of the plan will be provided “at the appropriate time”.

The highly anticipated auction of the blocks was scheduled for late September but that did not materialize and President Ali did not provide a new date for the auction.

Authorities have previously indicated that the blocks being auctioned include areas that have been abandoned by oil companies in search of offshore oil.

Meanwhile, Guyana earned nearly $500 million in revenue from the oil and gas industry from July to September, according to the Bank of Guyana (BoG) in its third quarter 2022 report.

The BoG said the Caribbean Community (CARICOM) country earned $493.1 million, including $442.1 million in oil profits and $51 million in royalties.

The BoG said the revenue increase was attributed to the additional floating production and storage vessel (FPSO), the Liza Unity, in service in Liza phase two of the Stabroek block.

Since the start of oil production in 2019, Guyana has recorded six oil profit increases that brought in $1.2 billion in oil revenues and $153.1 million in royalties.

IRS increases standard deductions and tax brackets due to inflation