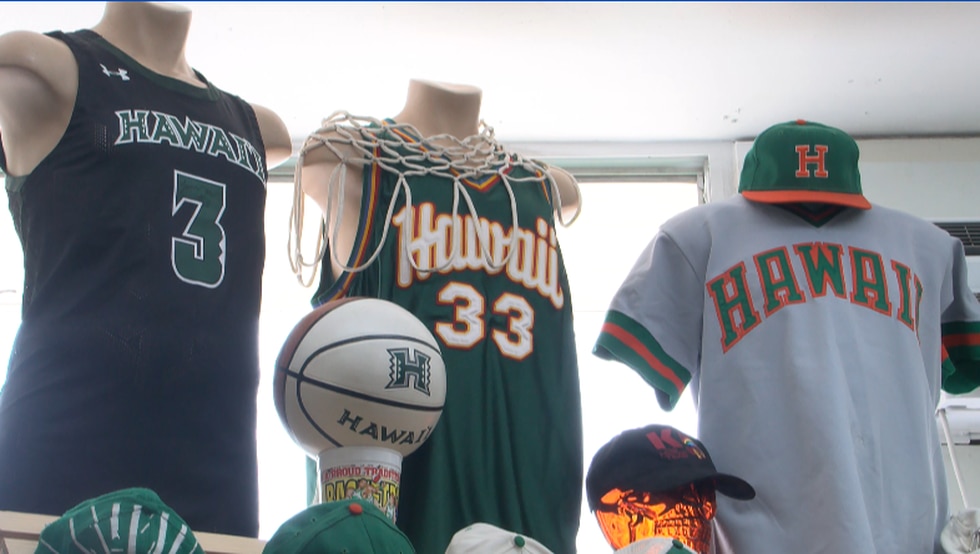 HONOLULU (HawaiiNewsNow) – For those wishing to lose themselves in the history of Hawaiian sports and culture, they can enter the portal that is Old Queen Street Stadium.

From 1970s University of Hawaii Rainbow Warriors basketball gear to Hawaiian winter baseball memorabilia, the downtown shop is the culmination of years of collecting, trading and barter.

Before moving to a brick-and-mortar venue, Faller, along with brothers Kevin and Chester Sebastian, would display their vintage wares at pop-up events during the pandemic.

After generating great community buzz, the monthly events morphed into a downtown brick-and-mortar venue that opened its doors last October.

The name is a play on the Old Honolulu stadium and it is both a shop and a museum.

“I want it to be a place where we can honor our local legends,” said co-founder Kevin Sebastian. “Whether they’re athletes, musicians, public figures, politicians, that’s why we built it all.”

Faller echoes that sentiment, saying the venture is a way to pay homage to Hawaii’s rich sporting history.

“We try to create, not recreate, but relive the customs of the past,” Faller explained. “The tailgating, the Old Honolulu stadium stories, and just the richness of sounds and emotions that would come together with the same passion or purpose.”

Even the athletes themselves come to reminisce about famous clients, including UH quarterback Michael Carter and legendary National Basketball Association assistant and former Bow Phil Handy.

This shop is not just a place to buy as exchanges are also welcome.

“When we hear that people have their other items that we might be interested in, we’ll tell them to come down and we’ll look at them,” Sebastian said. “If they see something they want, we’ll go from there, we’ll start negotiating.”

These types of transactions combined with a love for all things Hawaii are what has filled this store with thousands of items and the hope is to continue to fill it and expand.

But just as valuable as the products are the conversations and memories they evoke.

“Stories are our motto here at Old Queen Street Stadium, where experiences matter,” Faller said. “Stories and timelines, they all matter and they’re all real.”

Interest rates are rising again. Did you miss the opportunity to refinance?