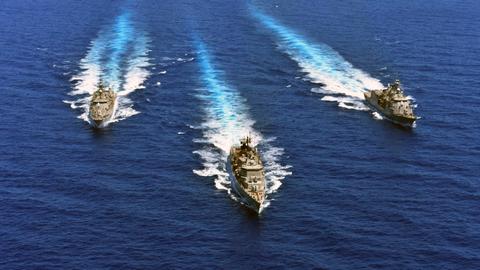 How the EU can help defuse tensions between Greece and Turkey

Unless the EU gives conditional support to Greece and the Greek Cypriots, this will only increase tensions and prevent a resolution of the conflict.

The dispute over the Greece-Turkey maritime delimitation continues. Despite a temporary calm in the matter, the parties have achieved neither diplomatic progress nor change of situation. On the contrary, recent developments indicate that a new period of escalation may be looming on the horizon.

If European states are to encourage Turkish Cypriots and Turks on the one hand, and Greek Cypriots and Greeks on the other, to resolve the dispute, they must change their mistaken perception of being forced to display unconditional solidarity. with their fellow EU partners. . In other words, they must tie their solidarity to conditions. Only by practicing this approach towards the Greek government and the Greek Cypriot administration will they be able to facilitate de-escalation and a political solution in the region.

Ultimately, it was Greece’s maximalist claims in the Eastern Mediterranean and Aegean Sea that created Turkish-Greek tensions. Despite international decisions on the matter, Greece maintains that a small island off Turkey could generate an exclusive economic zone, to the detriment of Turkey.

In August 2020, the two countries were on the brink of clash when a Turkish and Greek ship collided. German Chancellor Angela Merkel’s diplomatic efforts prevented further escalation. On the other side, however, France encouraged the Greek side to be more assertive and showed its solidarity with Greek maximalist demands.

In reality, French President Emmanuel Macron only saw the situation as a window of opportunity to continue his neo-Napoleonic policy of pitting Paris against Berlin and the EU against the United States.

France also sees the dispute in the region as a golden opportunity to sell weapons and generate more profits for its national defense companies. Paris wants to support its national arms industry and does not hesitate to sell arms to questionable states, especially after the loss of a lucrative arms contract in Australia with the formation of AUKUS.

The recent French arms sales to Greece provide additional assurance for the Greek side to make its demands without engaging in meaningful negotiations with the Turkish side. Thus, the purchase of the Rafale fighter jets by Greece gave false expectations to Greek decision-makers. Athens believes its strategy of coercion will prevent Turkey from accessing the Aegean Sea and the Eastern Mediterranean. However, due to the structural restrictions on his military and the limits of his diplomatic influence, he is unlikely to achieve the credible strength he needs to achieve his excessive political goals.

This fantasy of compulsion towards Turkey pushes the Greek side to neglect serious negotiations and to bet on the realization of their demands. This error in judgment is the main reason why the two sides cannot reach a resolution and engage in an arms race and a mutual military posture.

Athens’ miscalculations became clear again when the Greek defense minister said the defense pact signed with France included Greece’s exclusive economic zones. This request was rejected by the French Minister of Defense. Two NATO states signed a defense agreement against another NATO partner, the Greek side misinterpreted the terms of the agreement – if this misinterpretation was not corrected, Athens might have acted recklessly.

On the other hand, the EU has repeatedly signaled its readiness to sanction Turkey for its alleged aggressive behavior in the Aegean and Mediterranean Sea. It appears that many European diplomats and politicians agree behind closed doors that Greece’s claims are maximalist and inappropriate given their reluctance to impose sanctions on Turkey. Yet they are not putting pressure on the Greeks and Greek Cypriots due to the mistaken perception that they must show unchallenged solidarity with Greece and the Greek administration of Southern Cyprus as members of the EU.

This policy of solidarity collapses on examination, because it is applied selectively. European nations are not showing this so-called full support for Poland, Hungary and the Baltic states; they question their actions. Why the double standard?

It is in Europe’s interest that the parties reach a resolution of the maritime delimitation dispute, not only to avoid military escalation, but also to obtain financial benefits and diversify energy supply channels.

In light of these dynamics, EU members and other European states should discourage Greeks and Greek Cypriots from engaging in provocative maneuvers and strong rhetoric.

For example, recently Turkey threatened to block any unauthorized search for gas and oil in its exclusive economic zone in the eastern Mediterranean after Greek Cyprus granted hydrocarbon exploration and drilling rights in its so-called offshore block. 5. This region sits on the Turkish continental shelf and provocative actions like this by the Greek Cypriots undermine the stability of the region and the prospects for a political settlement of the maritime delimitation and possibly even the Cypriot conflict.

Turkey’s strategy is to block unilateral impositions by Greece and the Greek administration in southern Cyprus to force the reluctant side to engage in serious negotiations and a diplomatic solution.

Rather, Europe should encourage Greece and the Greek administration of southern Cyprus to engage in diplomatic efforts to resolve the dispute with Turkey and the Turkish Republic of Northern Cyprus. Otherwise, the dispute will tip to the brink of escalation, a useless and dangerous game.

Disclaimer: The views expressed by the authors do not necessarily reflect the opinions, views and editorial policies of TRT World.

‘Like a heavy anchor he brought his whole family down’: Credit Repair Business Operator and 7 Family Members Sentenced in $ 3.4 Million Identity Fraud Case

A round of applause, please, for the industry winners