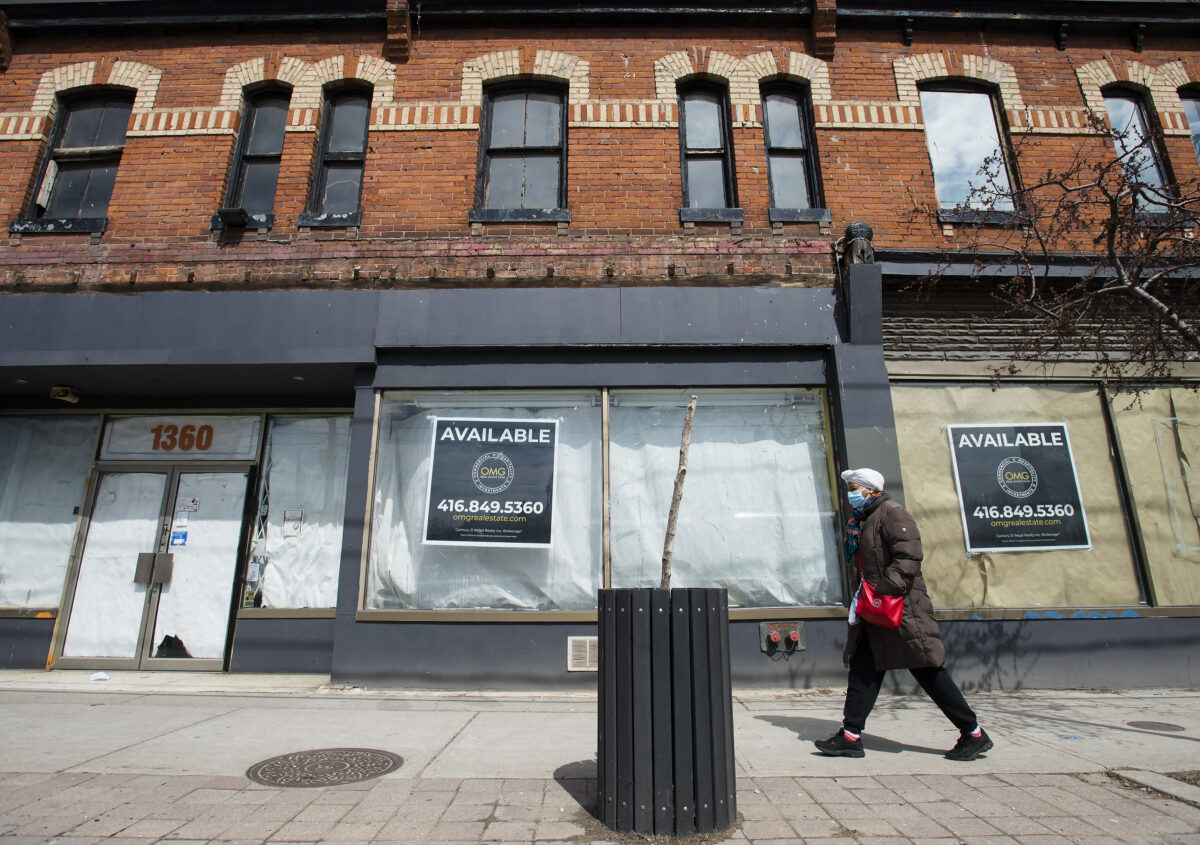 Small businesses are being hit hard by the Bank of Canada’s rapid interest rate hikes as they carry more debt than usual due to the pandemic, in addition to the many other challenges they face.

“It’s like a perfect storm right now in many ways,” said Catherine Swift, president of the Coalition of Concerned Manufacturers and Businesses of Canadatold The Epoch Times.

The Bank of Canada said it was rushing its rate hikes, but Swift said it dithered in starting the rate hike cycle. Financial markets were caught off guard when the Bank of Canada did not raise rates in January and some economists have said the BoC should have started raising rates in late 2021.

“When we finally saw the rises, they had to be bigger and faster than they otherwise would have been and therefore have a more negative impact on the economy,” she said.

“I tend to think we’re going to see a recession. I really do,” said Swift, an economist.

The BoC has raised its key rate by 3% over the past six months. The central bank is determined to bring inflation back to its 2% target, but noted that there will be “bumps along the way.” He added that, for many Canadians, higher rates add to the burden already borne by high inflation.

The Canadian Federation of Independent Business (CFIB) reported on September 8 that 7 in 10 small businesses expect the BoC’s rate hikes to have a negative impact on their operations, and 3 in 10 say the impact will be significant.

“While we understand the need to fight inflation, we nevertheless find that they [interest rate hikes] bites pretty hard right now for a lot of businesses,” CFIB chief economist Simon Gaudreault told The Epoch Times.

The sectors of the economy with the highest percentage saying BoC rate hikes will have a significant impact are hospitality (41%), transport (40%) and construction (35%).

Gaudreault explained that hospitality, being customer-focused, suffered disproportionately during the pandemic, while transportation was punished due to high fuel costs and construction was particularly dependent on the supply chain. for the materials.

“In a way, that sums up all of the current challenges facing small businesses in Canada right now,” he said.

Businesses are grappling with high input costs, hiring, rising wage demands and price hikes as inflation runs at an annual rate above 7%.

Swift says smaller companies typically have very small margins and are going to have to try to raise prices, which can be difficult to do given the competitive environments in which they operate.

“So in the short term, of course, it will boost inflation a bit more, right? The evil is in the initial increases, until it dampens the economy, which of course is the goal,” she said.

The Bank of Canada has been particularly wary of inflation expectations moving further away from 2% and avoiding a situation where higher wage demands are embedded in longer-term contracts.

But Gaudreault says the data collected by the CFIB on companies’ intentions to raise prices is a barometer of inflation expectations. And those intentions are dwindling.

CFIB reported that while small businesses have increased their prices, those price increases may have started to plateau and may decline in the future. The share of small businesses that said they wanted to raise prices by 6% or more fell to 32% in August from a peak of 39% in June.

“Many small businesses are looking at lower price increases (between 0.5% and 5.5%),” according to CFIB.

Additionally, businesses are adapting to the challenges they face and perhaps adapting to a “new normal,” says Gaudreault.

“Companies have found a new way to source or reorganize their work to deal with the new reality. So maybe that’s what’s happening – gradual adjustments on the small business side, and maybe that’s also why their inflation expectations have eased,” he said. .

Gaudreault added that it’s possible that the Bank of Canada’s message to get tough on inflation and not create higher expectations has been embedded in the mindset of small businesses.

But even as small business adapts, Swift says there are plenty of structural problems in the economy such as job seekers not having the right skills to fill the more than a million open positions. , with public sector employment growing faster than in the private sector, and the government heavily indebted.

“We know of so many companies that have left a very small operation in Canada, whether it’s a warehouse or a head office with a handful of employees, but their main manufacturing or other facilities are displaced south of the border or overseas, and it’s not easily reversed.

Rahul Vaidyanath is a reporter for The Epoch Times in Ottawa. His areas of expertise include economics, financial markets, China, national defense and security. He has worked for the Bank of Canada, Canada Mortgage and Housing Corporation and investment banks in Toronto, New York and Los Angeles.

myFICO: How to Build Credit

Election rigging won’t be easy this time around: GM Quader