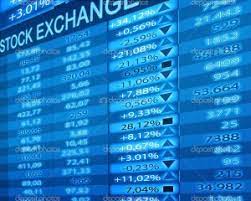 Is it time for the Guyana Stock Exchange to take off?

By Scott B. MacDonald

News Americas, NEW YORK, NY, Wednesday. August 17, 2022: The Guyana Stock Exchange (GSE) is small by global standards with a market capitalization of US$2.8 billion. It is also a relative laggard in the stock market investment game, having only opened in 2003. However, in 2021, the expansion of GSE’s market capitalization (to 46.1%) has been faster than the country’s robust economic growth. Despite this, the GSE is underutilized as a development tool. Guyana needs to pay greater attention to using the GSE as a financing venue to raise capital for Guyanese businesses, facilitate any future privatization of the country’s remaining state-owned enterprises, and attract foreign investment, including from the significant the country’s diaspora. While oil is currently king, the GSE can help pave the way for a post-oil era in which non-oil sectors will play a dynamic role.

The expansion of the GSE has been slow, with no new company listed for over a decade. Indeed, only since 2020 has there been a noticeable increase in activity and interest. According to the self-regulatory body that operates the GSE, the Guyana Association of Securities Companies and Intermediaries Incorporated (GASCI), the stock market has 20 listed securities, operates one session per week and has a low trading volume. Financial institutions dominate, although some non-financial companies are also listed. The GASCI consists of four member firms that trade (i.e. provide brokerage services to clients who wish to buy and sell stocks) on the stock market. GASCI member firms are registered as brokers with the Guyana Securities Council. Foreign investors are allowed.

The GSE fits roughly into what are considered frontier markets, broadly defined as being limited in the number of listed companies, having high levels of risk and/or being too illiquid to be considered as an emerging market. By the standards of major border markets, the GSE is small, especially compared to Peru and Vietnam (see table below). Even in the Caribbean, the GSE is relatively small, behind the Jamaica Stock Exchange and the Trinidad and Tobago Stock Exchange.

What will make the GSE grow? First and foremost, there is a flood of oil money flowing into the country. Guyana’s recoverable oil reserves are estimated at over 11 billion barrels, the third largest in Latin America and the Caribbean, and one of the highest levels of oil reserves per capita in the world. According to the IMF, real GDP in 2022 is expected to be 47.2%. All of this indicates the likelihood that Guyanese will become wealthier and able to purchase more goods and services. Such a development should in turn benefit Guyanese companies, some of which will need help with financial intermediation. While Guyana has a relatively high level of savings, the bulk is held in cash and shorter-term bonds. With an expanding stock market, some of this cash flowing through the stock exchange could be tapped to fund new ventures and provide Guyanese with a higher rate of return.

Secondly, Guyana’s financing needs are significant, particularly in terms of infrastructure. Not all funding should come from oil revenues or multilateral and/or commercial banks; the stock market could give Guyanese a role in their economy. At the same time, a more active stock exchange could reduce pressure on the country’s commercial banking system, which at the end of March 2022 had a non-performing loan ratio of 6.75%, an improvement from 10 .8% at the end of 2020, but still high.

Another incentive to promote the GSE is that broadening the non-oil base of the economy would help Guyana avoid Dutch disease (which some already believe is happening), a condition in which the hydrocarbons sector comes to dominate to the detriment of other sectors, often leading to greater dependence on imported goods and job losses. In 2021, the share of the non-oil sector in GDP increased by 4.6%; most GSE companies are in this sector, indicating that there is room for expansion outside of oil.

Third, Guyana is working to develop a culture of credit risk management, which improves transparency and disclosure and reduces the risk of financial fraud. Key to this was the Credit Reporting Act of 2010 and the arrival in 2013 of a private credit bureau, Creditinfo (Guyana) Inc., a company geared towards smaller emerging and frontier markets. The country’s credit risk management culture was further strengthened by changes in legislation, making information sharing mandatory by credit institutions, utilities, mobile phone companies, insurance companies and others. Strengthening the country’s anti-money laundering framework further reinforces the idea of ​​building trust in the investment environment.

While there is much to commend Guyana’s efforts to develop a culture of risk management, there is still work to be done to improve the attractiveness of the GSE to both investors and local businesses considering s ‘to register. Two complaints stand out: many government procedures are cumbersome, often involving multiple ministries that have overlapping regulatory responsibilities, and the country’s accounting and auditing firms are limited in their ability to conduct comprehensive audits in line with international best practice.

Another possible factor in the expansion of the GSE is the development of closer links with other CARICOM stock exchanges. For investors in Guyana and other CARICOM countries, a deeper push in this direction would help create a menu for a more diversified investment portfolio and help push for greater economic integration. Guyana already has one foreign listed company, Trinidad Cement Limited, which is also listed on other CARICOM stock exchanges. But there is still work to be done on regulatory alignment, which often affects national sensitivities to what can be perceived as a ceding of sovereignty.

The GSE faces considerable challenges in becoming a key force in Guyana’s national development. Nonetheless, as the government of President Irfaan Ali seeks to promote Guyana as a new frontier for investors and ultimately set the stage for a post-oil economy, it will be all the more important that the GSE play a expanded role, a goal to pursue.

EDITOR’S NOTE: Scott B. MacDonald, Ph.D. is the Chief Economist of Smith’s Research & Gradings, is a member of the Caribbean Policy Consortium, and a Fellow of Global Americans. His most recent book is The New Cold War, China and the Caribbean, August 2022.

What the Cut Inflation Act Means for ESG and Sustainability

Payday loans versus installment loans: which is better?