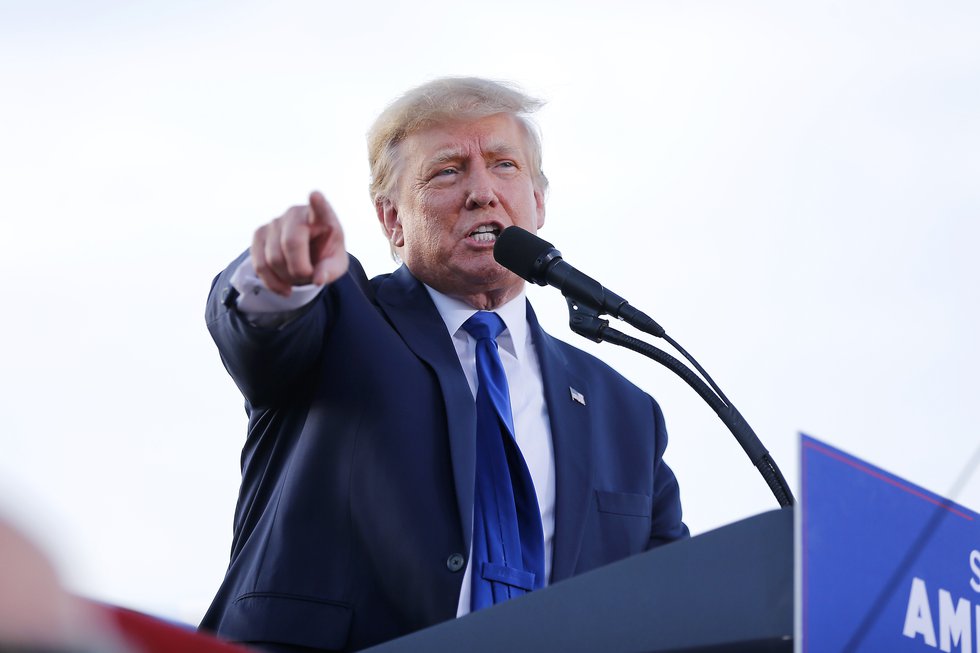 NEW YORK (AP) — Donald Trump is no longer in contempt of court, a New York judge ruled on Wednesday.

Judge Arthur Engoron, who found the former president in contempt on April 25 for his slowness to respond to a subpoena issued by the New York attorney general, said he had now qualified for lift the sanction following a long legal battle.

Trump last month paid $110,000 in fines he accrued from the contempt conviction. The money, paid directly to Attorney General Letitia James’ office, will continue to be held in an escrow account while Trump appeals the initial contempt ruling, Engoron said Wednesday.

Trump and his two eldest children, Ivanka and Donald Trump Jr., are due to testify under oath in James’ inquest starting July 15 after the state’s highest court rejected his latest bid to avoid a subpoena .

James’ office asked Engoron to hold Trump in contempt of court after he failed to produce any documents to meet the March 31 deadline to meet the terms of his subpoena. Engoron fined Trump $10,000 a day for failing to comply, but stopped the fine from accumulating in early May when it appeared a resolution to the dispute was near.

Engoron initially agreed on May 11 to lift Trump’s contempt order if he paid the fines and met certain other conditions, including submitting affidavits outlining his research efforts and his company’s document retention policies. .

Engoron and the attorney general’s office were unhappy with the level of detail in Trump’s submissions, leaving the contempt finding in effect while new affidavits are prepared.

The judge also demanded that a company hired by Trump to help with the search, HaystackID, finish going through 17 boxes kept offsite, report its findings and turn over all relevant documents. That process was completed last month, James’ office said.

Engoron stopped the fine from accumulating on May 6, when Trump’s attorneys submitted 66 pages of court documents detailing efforts by him and his attorneys to locate the subpoenaed records. He had previously warned that he could reinstate it, retroactive to May 7, if his conditions were not met.

James, a Democrat, said her three-year investigation uncovered evidence that Trump’s company, the Trump Organization, misrepresented the value of assets such as skyscrapers and golf courses in its financial statements during more than a decade.

His subpoena was for documents relating to his annual financial statements, his development plans and even his communications with Forbes magazine, where he sought to restore his image as a wealthy businessman.

Trump, a Republican, denied the allegations. He called James’ investigation “racist” and a politically motivated “witch hunt”. James is black. Trump’s lawyers have charged her with selective prosecution.

Trump’s attorneys argue that James is using his civil investigation to gain access to information that could then be used against him in a parallel criminal investigation led by Manhattan District Attorney Alvin Bragg, also a Democrat.

Last month, a federal judge dismissed a lawsuit brought by Trump against James, dismissing his claim that she had targeted him out of political animus and allowing his civil investigation into his business practices to continue.

During a hearing in the case, an attorney in James’ office said evidence found in the investigation could support legal action against the former president, his company, or both.

The attorney, Andrew Amer, told a hearing in Trump’s lawsuit against James that ‘there has clearly been a substantial amount of accumulated evidence that could support the filing of enforcement proceedings’ , although a final decision on whether to file such an action has not been made. .

Street food is the heartbeat of carnival