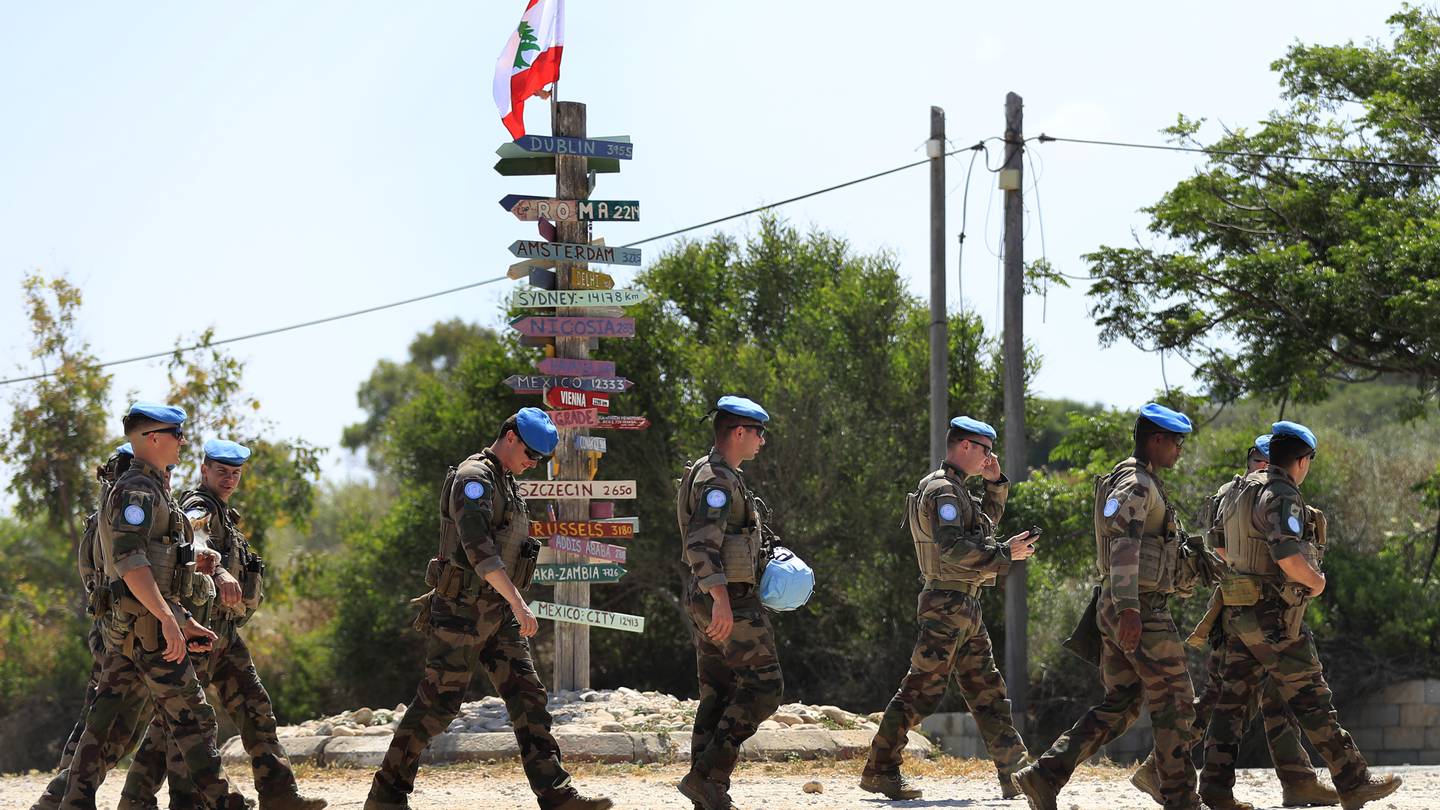 Lebanese and Israeli officials say positive progress has been made in maritime border talks between the two countries and that US mediators have recently returned to the region to try to move things forward.

But as a potential deal takes shape behind closed doors, the Lebanese political rhetoric surrounding it has been charged.

Officials in the country have promoted the benefits of a deal, presenting it as the key to unlocking oil and gas resources and as a solution to Lebanon’s economic problems.

But energy experts in Lebanon say the rhetoric is largely populist appeasement.

The areas of Cyprus and Israel‘s exclusive economic zones, which border Lebanese waters, have proven to be rich in hydrocarbons. This, along with some seismic assessments conducted by surveyors in Lebanese waters, have raised hopes that the country’s seas will also produce significant amounts of oil and gas.

But that’s not necessarily the case, warn experts who also say politicians shouldn’t tie solutions to the current crisis to a potential future hydrocarbon bonanza.

Exploration, they point out, is a long and forward-looking process. It is impossible to know when the gas will be found and whether it will be abundant enough to warrant extraction.

“We can’t know how much a potential field contains until we drill,” said Marc Ayoub, energy researcher at the Issam Fares Institute for Public Policy and International Affairs.

There is also a long process of building the infrastructure to support the sector if and when oil and gas is discovered.

The momentum of the talks comes amid heightened tensions – Iran-backed Hezbollah has threatened to attack Israel if it goes ahead with its plan to extract gas from a field near disputed waters in september.

What is the maritime dispute between Israel and Lebanon about?

Lebanon and Israel, officially at war since 1948, have no diplomatic relations and have done little to formally agree on the border between their two countries. Both lay claim to an approximately 860 square kilometer section of the Mediterranean Sea.

The impetus to agree on the border between the countries grew when Israel discovered and began extracting oil and gas from its waters.

Since the start of a maritime dispute between the two countries in 2007, various rounds of US-mediated negotiations have taken place.

But the talks have progressed at a significantly faster pace since June.

What is Lebanon’s “unified position”?

Amos Hochstein, the Israeli-born American diplomat serving as a mediator between the two countries, attributed the “positive” direction of the talks to the unified position adopted by the three Lebanese leaders – President Michel Aoun, interim Prime Minister Najib Mikati and Speaker of Parliament Nabih Berri ― whom he met last week.

The three men belong to different political factions and previously had different red lines on any deal.

The United States has made it a precondition for the resumption of the stalled talks that Lebanon agree on a unified position regarding the negotiations. This essentially means that if the negotiators finalize a deal with Israel, then it will not be blocked by another part of the Lebanese state with its own demands.

But Mr Ayoub said the momentum created by this unified position is also due to political pressure to get Lebanon to concede a claim to the additional maritime territory.

Some energy experts, including Mr Ayoub, believe Lebanon is technically entitled to more of the maritime area they are currently negotiating.

Line 23 is the maritime line officially claimed by the Lebanese negotiators. The prospective Qana gas field is mainly in the Lebanese north of the line and some are in the south.

However, what complicates matters is that in 2011 a group of Lebanese army specialists – backed by the British Hydrographic Service – marked out an area to the south which they believe should be the border of Lebanon. called Line 29. This would give Lebanon about 1,400 square kilometers of additional territory. than line 23.

Claiming Line 29 would place part of the Karish gas field that Israel plans to start exploiting inside Lebanese territory.

However, the Lebanese negotiators worked on the basis of line 23, further north, in effect ceding the 1,400 square kilometers to Israel. This line intersects the prospective Qana gas field near its farthest edge.

Israel claims the border should follow Line 1, which would give it an additional 860 square kilometers of sea.

Although the Lebanese survey placed the potential border at line 29, a decree changing the new coordinates of the border to match this was never ratified by Mr Aoun or sent to the UN.

This would have officially recorded the maritime area north of Line 29 as disputed under international law.

“The Lebanese position today is mainly focused on line 23 and a bit beyond so that Lebanon can get all of Cana,” Ayoub said. “Compromise is all Cana for Lebanon and all Karish for Israel.”

Whether Lebanon’s demand will be met remains to be seen, with Hochstein promising to deliver Israel’s response in the coming weeks.

Mr. Ayoub fears that the concession of line 29 will cost the struggling country dearly in the long term.

He believes that Lebanon “conceded line 29 because of American political pressure”.

But former US diplomat Frederic Hof, who previously brokered the border dispute from 2011 to 2012, said Lebanon’s dysfunctional politicians were responsible for failing to strike a deal years ago and wasting the money. potential benefits.

He said the years of previous failed negotiations were “a case study of political dysfunction, for which the Lebanese people are paying a high and totally unjustifiable price.”

Mr. Hof proposed what has become known as the Hof Line, which falls north of Line 23 just above the potential Qana gas field but south of Israel’s Line 1 demand.

This would place both the Qana and Karish gas fields in Israeli territory, but would give Lebanon about 480 square kilometers of territory more than Israel’s Line 1 requirements.

However, he said accepting the offer in 2012 would have ended the maritime dispute and allowed Lebanon to start exploring and producing hydrocarbons in potentially lucrative waters.

Slow talks under Mr Mikati’s government in 2012 – rocked by assassinations and political upheaval – and his refusal to accept the Hof line ended up costing Lebanon “ten years and billions of dollars in revenue”, said Mr. Hof.

Hof Line’s proposal was taken off the table at the end of the American diplomat’s term. Although Lebanon tried to negotiate a slightly improved offer in the years that followed, Hof said talks had effectively resumed.

The struggling Mediterranean nation is in its fourth year of a protracted financial crisis that has destroyed state institutions and brought the state to the point of collapse. The value of the local currency plummeted, causing high inflation and leaving almost 80% of the population in poverty.

Shortages of electricity, diesel, medicine and water have come to define the economic crisis for locals.

In short, Lebanon badly needs a solution to the maritime dispute in order to be able to exploit the offshore prospects.

Ten years after the Hof line was presented, Mr Mikati is prime minister again, albeit on an interim basis, and is trying to form a new government during a time of economic upheaval.

But all experts in the energy sector point out that an agreement is only a first step.

“Even if a new compromise is accepted – and I hope it will be – several years will pass before Lebanon can derive revenue from natural gas,” Hof said.

Historically, Lebanese leaders have not been known for their speed or efficiency.

Mr Ayoub echoed Mr Hof’s warning about the timeline involved and said Lebanon would need at least five years if there is no delay, calling it the country’s best-case scenario .