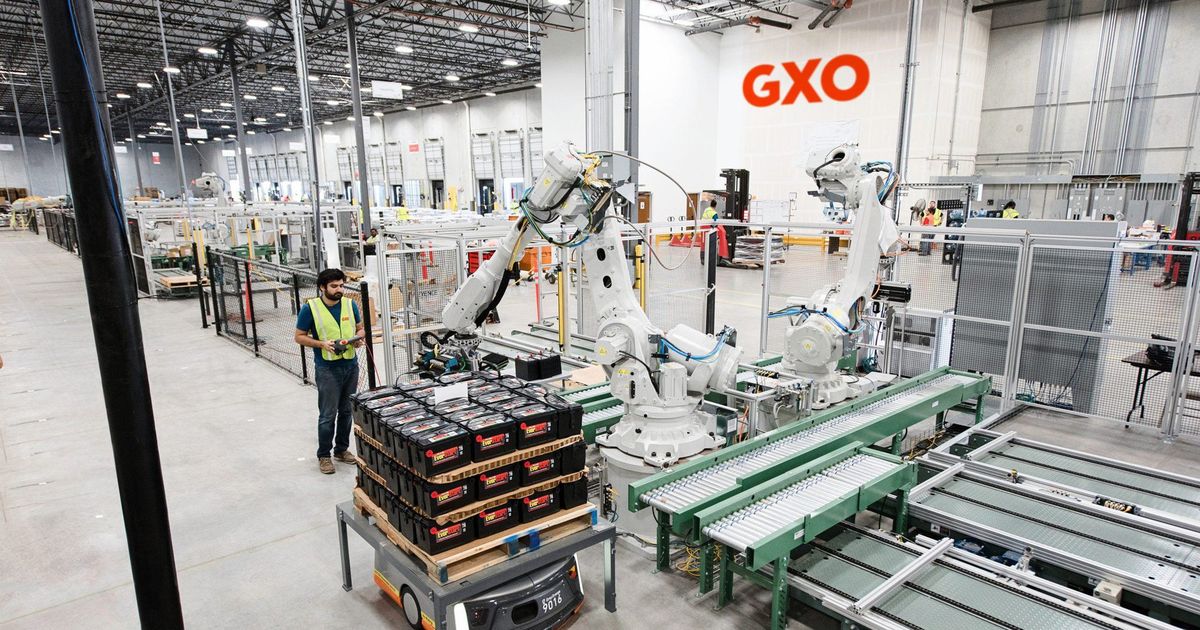 Motley Fool: a leader in logistics

GXO is the world’s largest pure-play contract logistics company, operating high-tech warehouses for multinational companies such as Apple, Nike, Nestlé and Whirlpool. The company is bullish on e-commerce and its investments in areas such as reverse logistics (returns processing) make it attractive for retailers selling online.

If a recession occurs, the company is prepared and will aim to capture market share. Nearly 40% of its contracts are “cost-plus,” meaning that GXO charges customers a price based on a fixed rate of profit on its own costs. This insulates it from inflationary pressures and also helps protect its profit margins. The company also has minimum volume requirements in many of its contracts to protect itself and uses take-or-pay clauses, ensuring customers pay a fee if they don’t ship the volumes they’ve committed to.

GXO is entering an addressable market worth $430 billion at a double-digit growth rate. And the stock looked well-valued recently, trading at a forward-looking price-to-earnings (P/E) ratio near 19. As other e-commerce stocks face headwinds, GXO looks well-positioned and set to gain. whatever happens. businesses thrive at the retail level. (The Motley Fool recommended GXO Logistics.)

Q: What is hyperinflation? Are we living it now in America? – BH, Honolulu

A: No way. It is true that the annual inflation rate in the United States in March reached 8.5%, the highest rate in 40 years and well above the average annual rate of around 3.1% – but c is far from hyperinflation.

Hyperinflation is extreme, rather rare, and usually short-lived when it occurs. Definitions vary, but it is often defined as a monthly inflation rate of at least 50%; it has also been used to describe a three-year cumulative inflation rate of 100% or more. In an environment of hyperinflation, the prices of commons can double within days or even hours.

Q: When investing in stocks, what gain should I aim for before selling? – TW, Columbia, Missouri

A: It is better not to aim for a particular gain, but to invest in financially sound companies that seem to have the most promising long-term growth prospects. Once you’ve done that, plan to hang in there for at least five years, maybe even a decade or two – while monitoring the progress and developments of these companies, to keep an eye out for red flags and make sure that they remain promising.

Yes, you can sell after making a 50% or 100% gain, but that can mean you miss out on much bigger gains. Imagine selling shares of Apple or Microsoft years ago after doubling your money: many investors regret doing that. Great wealth built through the stock market often happens over many years.

My dumbest investment was in Black Elk Energy bonds. Total loss. I learned that bonds aren’t as safe as stocks after all. – RL, online

The madman responds: The story of Black Elk Energy is more of a cautionary tale.

The company was found guilty of eight crimes related to a 2012 explosion at an offshore oil production platform that killed three contract workers and seriously injured others.

Meanwhile, hedge fund Platinum Partners had loaned the company millions and helped it borrow far more through a bond sale.

The hedge fund itself didn’t appear to be of the best quality, having apparently invested in (among other things) penny stocks, payday lenders and a diamond mine.

Indeed, some of its executives ended up being convicted on securities fraud charges. Black Elk investors like you weren’t very lucky.

Bonds are essentially loans. Many, like those issued by the US government, are much safer than stocks, but they generally offer lower returns over the long term.

There are other types of bonds, however, including corporate bonds issued by companies to raise funds.