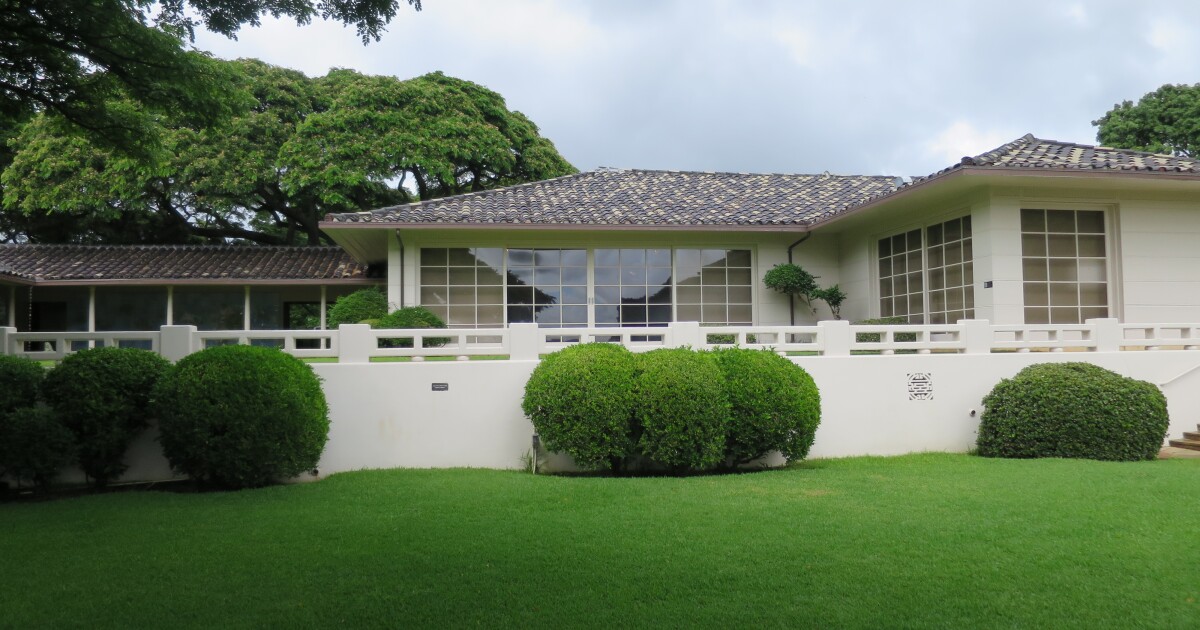 The Spalding House at the Honolulu Museum, the former contemporary museum, has been on sale since 2019. Now a nonprofit has been formed to secure the property for public use as a film center.

Spalding House on Tantalus is a beautiful, tropical modernist 5,000 square foot estate. It sits on 3.4 acres overlooking downtown Honolulu. The Honolulu Museum of Art listed the former property of the Contemporary Museum in December 2019 for $ 15 million.

“The Spalding House is the place that fosters creativity. It’s a place that allows people to dream, to create, to be together,” said Jeannette Paulsen Hereniko, president of the new nonprofit Hawai Foundation. ‘i Film Foundation by Nu’umealani.

Their goal is to keep Spalding House for the public, as a hub for Hawaiian filmmakers and film organizations.

“You’re right, we can always go to a warehouse or Chinatown in a building somewhere, but there is something about House Spalding that contains its history and the mana of the artwork that sits there. ‘was there, “Hereniko said.

With a growing international interest in Hawaiian films, Hereniko says now is the time to invest in the future of Hawaiian cinema with meeting and seminar rooms, screening facilities, technical resources, and more.

“It takes someone to say, ‘Shit, this is an important vision and we are going to do it.’ And that’s how we, this group of people that is growing day by day, is how we feel about this vision, ”she said.

Sarah Bakewell, a broker with Hawai’i Life, will help with the sale. Former Governor Neal Abercrombie, Kirsten Faulkner of the Historic Hawai’i Foundation and actor-producer Daniel Dae Kim are among those featured in a video supporting the Spalding House project.

When asked where she thought the money would come from, she replied, “The money will come from your listeners, Noe, who believe in the arts and they are going to say, ‘I want to pledge for 250,000. Now do you think that’s impossible? It happened to me yesterday.

“It was anonymous, of course, so I’m not going to say it. This is just starting the momentum.”

Three organizations to donate to in the fight against cancer