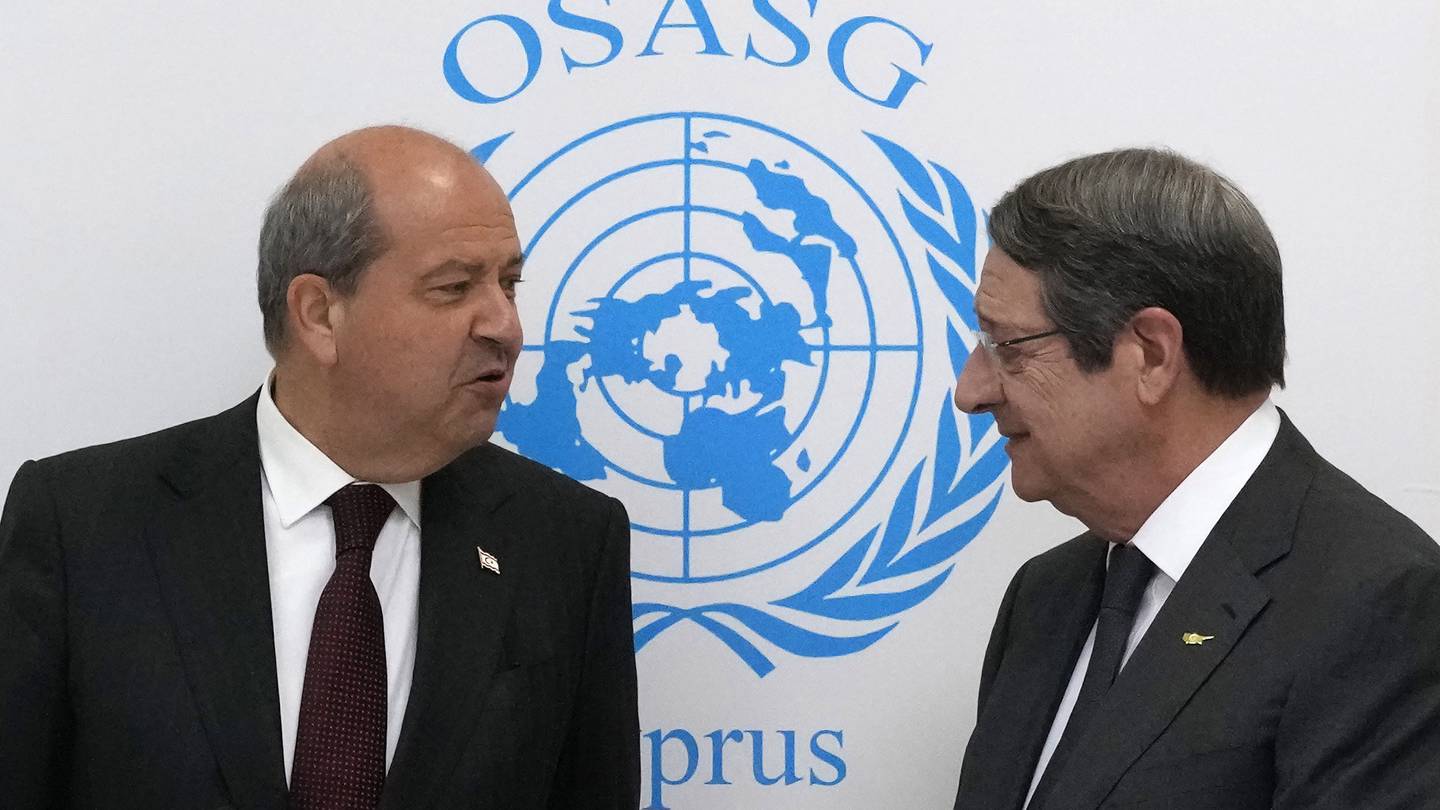 The Cypriot leader said the war in Ukraine and global concerns over Russian gas supplies added to the urgency of resolving the long-standing fissure in his country, as this could, in turn, supply the EU alternative gas supplies.

“It is now even more urgent to see an initiative from the EU and the UN but also from the United States, which say they want Turkey to get involved in the Mediterranean,” Anastasiades said.

“I feel that the Ukrainian crisis is an opportunity for Europe, the Americans, but also the United Nations to create the conditions to resolve the outstanding issues related to the causes of the Ukrainian war.”

The eastern Mediterranean has the potential to partially offset Europe’s energy needs, although experts are less convinced that the EastMed gas pipeline could offer relief in the current energy crisis. He said EU research into alternative energy sources to Russian gas was available in the Levant Basin and the Eastern Mediterranean.

Mr Anastasiades had planned to propose a resumption of talks at the March European Council, but delayed due to the war in Ukraine.

Nonetheless, he said he told US Under-Secretary of State Victoria Nuland that he hoped the EU, US and UN would come up with a new Cypriot initiative after his visit to the island at the start of the month.

Cyprus has been split in two – a southern part controlled by Greek Cypriots and a northern part administered by Turkish Cypriots only recognized by Ankara – since 1974, when Turkey invaded the island following an attempted coup. State supported by Greece.

The internationally recognized Republic of Cyprus seeks to reunite the island under a federal state system, but the Turkish Republic of Northern Cyprus insists on a two-state solution.

Mr Anastasides said he believed Turkey’s relations with the EU would improve when a lasting solution to the Cyprus problem was found. However, the Cypriot leader is unhappy that Turkey has no intention of engaging in peace initiatives before elections are held in the country in 2023.

Would an East-Med gas pipeline be a viable gas supplier for Europe?

As the EU seeks to reduce its dependence on Russian gas, the gas reserves available in the Levantine Basin and the Eastern Mediterranean have attracted renewed interest.

In 2009, huge reserves of natural gas — up to 381 trillion cubic feet of gas, or about 5% of the world’s gas reserves — were discovered off the eastern Mediterranean’s Levant Basin.

However, the region lacks significant oil and gas infrastructure and political relations between the countries involved – Cyprus, Turkey, Greece, Egypt, Israel, Lebanon and Syria – are strained on several fronts.

The East-Med Pipeline, a 2,000 kilometer pipeline project – of which 1,609 km would be underwater – linking the Levantine Basin to Europe was first suggested in 2012, but lingering geopolitical tensions associated with concerns environmental factors have blocked its progress.

Israel tried to involve several European countries in building the pipeline at a cost of $7 billion.

While former US President Donald Trump backed the East-Med pipeline project, the current administration of President Joe Biden has not, freezing the effort after expressing reservations about the environmental impact and the economic feasibility of the pipeline.

The pipeline could potentially transport between 9 and 12 billion cubic meters of gas each year from offshore gas reserves in the Levantine Basin to Cyprus, the Greek island of Crete and mainland Greece.

The proposed pipeline is linked to long-running tensions between Cyprus, Greece and Turkey over maritime borders and offshore oil and gas exploration.

Turkey angered the EU when it began drilling for gas around Cyprus in areas it says belong either to Turkish Cypriots or to Turkey’s continental shelf.

Earlier this month, Israeli, Greek and Cypriot officials met in Athens to deepen their energy cooperation on gas pipeline projects, while top Lebanese diplomats traveled to the island to express their willingness to work with Cyprus to exploit potential gas deposits in the waters between the two Eastern Mediterranean countries.

While a Cyprus solution is seen as a necessary precondition for the development of the East-Med pipeline, the resolution of long-standing conflicts and land disputes between Israel and its neighbors Lebanon and Syria is also vital.

Building Expo 2022 will focus on affordable housing and better mortgages