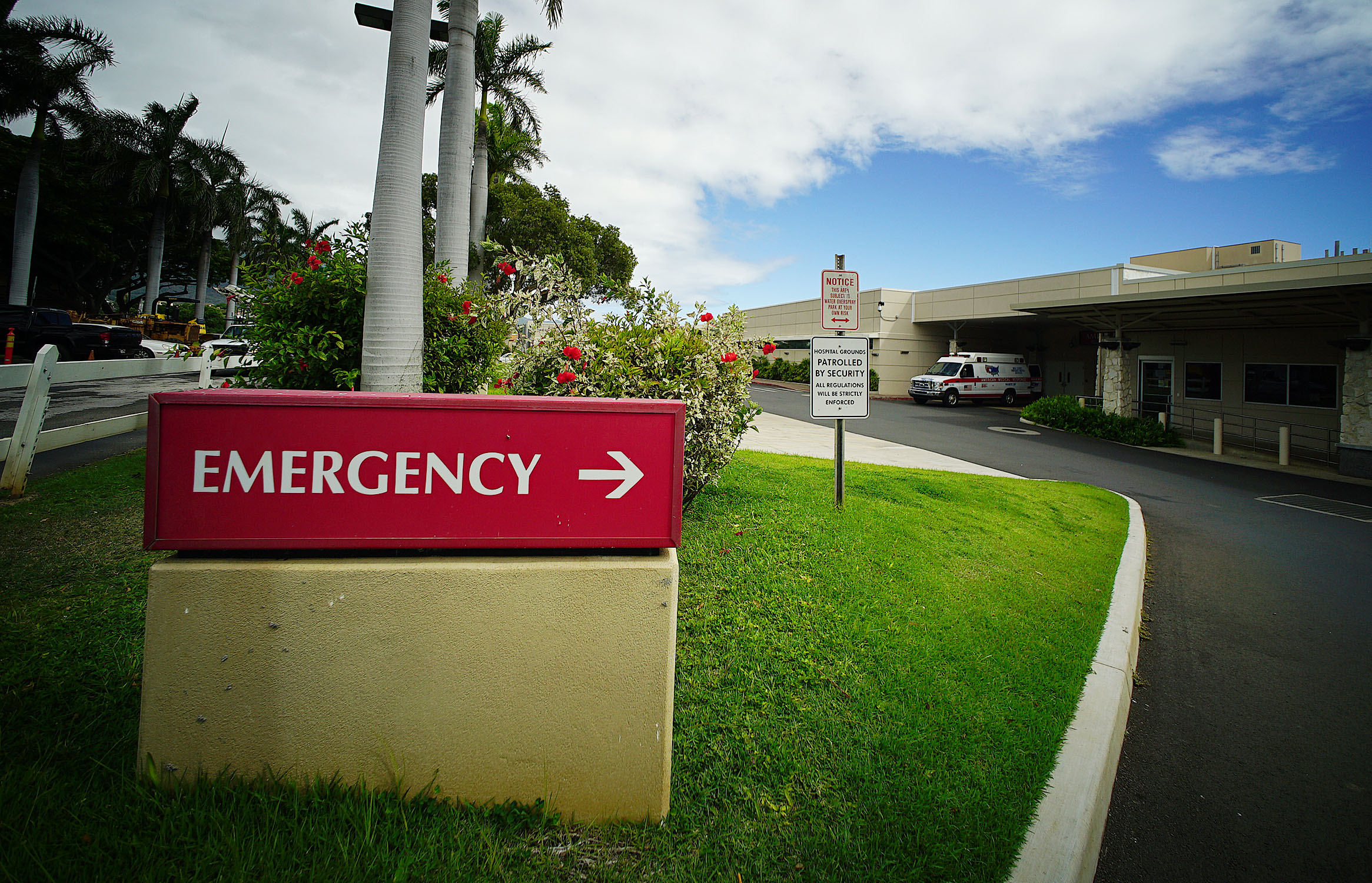 There are two things that terrify me: planes and hospitals. I’m known to need pharmaceutical intervention to get near a gate, and I haven’t set foot in a hospital emergency room since my son was born in Kapiolani ago. 44 years.

So when the chest pains became overwhelming on October 23rd, radiating from the center of my chest down both arms to my elbows and down to my jaw, I knew I was going to face both of my fears in no time. of time.

Living on Lanai has its advantages, but living on an island without medical specialists is not one of them. We used to joke in the 70s that you can’t be born on Lanai and you can’t die here.

Fast forward nearly 50 years and things haven’t changed all that much. We have two clinics with (super) versatile doctors, but even a routine CT scan or mammogram requires complicated travel arrangements and complex off-island appointments.

For more than two hours I tried to make the pain go away on foot, but around 11 a.m. I finally gave up: “I think you better take me to the ER,” I said to my husband. I grabbed my ID, health and vax cards, jacket and shoes and 2 minutes later we were there.

Outside in the otherwise deserted parking lot was Patty, the only phlebotomist on the planet who could detect problem veins in a single try; I took that as a good sign. With her was a bear of a man in a dark blue smock who glanced at me and asked, “Chest pains?” as he gently took my elbow and led me inside.

The next hour was a blur as ER nurse Dennis Patrick Stewart (whom we caught a year ago at a much busier ER in Flagstaff, Arizona) calmly hooked me up to a heart monitor , ordered a chest X-ray, drew blood, attached an IV, and gave me a squirt of nitro under my tongue for pain. (He later told me in an interview that being calm “is fundamental to emergency care”).

Within minutes he had found a high level of troponin, an enzyme indicating that something was wrong with my heart and told me to fly. Maui Memorial Medical Center was the choice because it’s easier to find a willing doctor than on Oahu. It was now noon and a whole new series of events began.

An American Medical Response ambulance with an EMT and a doctor was called to take me to Lanai airport, Hawaii Life Flight, an air ambulance service, was called to meet me there, and a second AMR ambulance took me to MMMC from Kahului airport.

Meanwhile, since he wouldn’t be allowed to fly with me, my 53-year-old husband (who would be a saint if he wasn’t Jewish) frantically lined up a friend’s car, locked up the house, drove off. boarded the ferry expeditions to Lahaina and found a hotel room near the hospital. I won’t see him again until 8 p.m. that night.

MMMC’s ER was a whirlwind of noise and machinery, with people everywhere, both patients and medical staff. Nevertheless, in less than an hour, I had been examined by no less than four doctors; one of the ER doctors kindly brought a laptop with a diagram of the heart and explained what could be going on. “My money is on your right, which would be great! Easier access! (Turns out he was there.) I was told I would probably have to have an angioplasty early the next morning. I had only a vague idea of ​​what it was.

My luck continued when I was entrusted to registered nurse Doreen Randall, who probably forgot more about cardiology than most doctors will ever know in their lifetime. Funny and feisty and all over the place, Doreen was a rock: there was not a question she couldn’t answer and no fear she couldn’t allay.

Forty-eight hours later, I’m discharged from MMMC with a stent embedded in my right coronary artery, prescriptions for a gazillion pills I can’t pronounce, and a vastly improved appreciation for the level of cardiac care available at the time here. on Lanai and at MMCM.

So what did I learn?

I learned that AMR, a branch of Global Medical Response, answered 20,000 calls to help tourists and Maui County residents between September 2021 and September 2022. It has two full-time employees on the island 24/7, working 48 hours a day under contract with the state to provide services to all islands. During the same period, AMR answered 300 calls on Lanai alone, 80% of which were for transport from a residence to the emergency room or from the emergency room to the airport.

I learned that Hawaii Life Flight, also a branch of GMR and a membership organization (absolutely the first bill we pay each year), has been in existence for 14 years and safely transports eight patients a month from Lanai to Oahu or Maui . Most are victims of trauma or stroke.

While I’m sure they were monitoring my heart vitals closely, my crew realized the real issue would be addressing my fear of flying – and they did (“It’s going to be bumpy in here” and “We do this ALL the time, we’ll be fine!”).

I learned that my cardiologist, Dr. Amanda Marn, had been drawn to Tripler Army Medical Center with support from a federal program that supports new medical practices in underserved areas. She and her partner Ryan Smith have a unique agreement with other cardiologists like Shalin Patel, who performed my procedure, to cooperate to provide a full range of services to MMMC patients.

I learned that I was ignoring my family medical history at my peril: I paid no attention to the fact that my biological father, whom I never met, died at age 53 of a heart attack massive, not the first. I learned that I should have thrown those cigarettes away much sooner and noticed that my cholesterol (the bad kind, LDL) was rising. After all, heart disease is the number one killer of women worldwide.

I knew Maui Memorial made headlines before Kaiser Permanente took over Lanai and Maui hospitals in 2017 — and even more recently — but I didn’t know the facility had consistently won for years. years the highest awards for its superb heart and stroke care, while struggling, as everywhere in hospitals, to retain staff.

Finally, I learned that there is no turning back, that this foreign object, this stent, will be lodged in my artery forever. Bones will mend, even cancer can be treated and removed, but my family history and the plaque that destroyed me will never go away – I can only stabilize it and try to keep it from causing more damage.

I’m a little less terrified of flying now, and I’m not afraid of hospitals anymore – as long as the hospital is Maui Memorial.