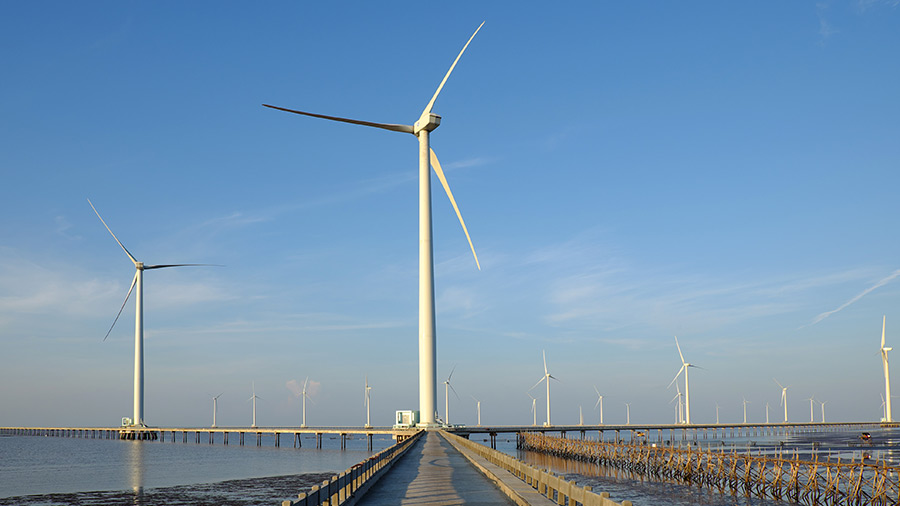 Scotland showed its readiness to support offshore wind development in Vietnam during a meeting between its Prime Minister Nicola Sturgeon and Vietnamese Prime Minister Pham Minh Chinh on the sidelines of the 2021 Climate Change Conference (COP26) in Glasgow.

Vietnam has offered collaboration in the form of foreign investment, technology transfer and human resource training as the country aims to increase wind power capacity to 18 GW from its current contribution of 0.6 GW by 2030.

This is also part of the government’s draft Energy Development Plan Eight (PDP 8) for 2021-2030 with a vision to 2045. PDP 8 aims to consolidate Vietnam’s commitment to renewable energy more broadly, by particularly by developing solar and wind energy in the country’s electricity production. to mix together.

Scotland, meanwhile, has moved rapidly away from fossil fuels. In 2020, the country saw the equivalent of 97.4% of gross electricity consumption was generated from renewable sources. The country aims to generate half of its total energy consumption from renewable resources by 2030 and achieve its goal of net zero emissions by 2045.

Vietnam has gone from being one of the world’s poorest countries to a lower-middle-income country in a generation, and with it, electricity demand has increased by an average of 10% per year over the past of the past five years. This demand was met by imports of coal for coal-fired power plants; more than half of the country’s electricity generation came from coal in 2020.

The country needs $150 billion in new capital investment for power generation and grid modernization to meet growing electricity demand by 2030, boosting Vietnam’s power capacity to 138 GW. Between 2021 and 2025, the country’s electricity demand is expected to increase 8.6% per year and 7.2% per year between 2026 and 2030.

The government issued a new Resolution 21 in January 2020 which outlines a plan for power generation in the country. Under the resolution, wind energy has priority over other energy sources. Among wind projects, priority is also given according to location.

Vietnam’s climate and topography naturally lend themselves to wind power, with average annual wind speeds of up to 10 m/s in the southeastern provinces and a coastline stretching over 3,000 km.

As such, offshore wind power has significant room for growth as a scalable alternative to coal imports. The country is also dependent on hydroelectric power and is home to several major rivers, including the Mekong. Hydropower accounted for 26% of total electricity generation in 2020, but is expected to decline from 2030 onwards, as hydropower reliability is affected by periods of drought and water scarcity.

The expansion of this sector poses several challenges, particularly related to high costs. Wind projects have a higher financial barrier to entry, with the average total installation costs of offshore wind energy amounting to $3,200 per kilowattcompared to US$900 for solar panels.

Additionally, wind projects can have a two-year construction period and few original equipment manufacturers (OEMs) produce the technology. However, photovoltaic cell manufacturers are very common in Vietnam and therefore their construction costs are much lower.

They are also entitled to state loans and tax and non-tax incentives, including:

In addition, the government is debating whether to extend the current feed-in tariff (FIT) for onshore wind projects from $0.85 per kWh and $0.98 per kWh for offshore projects up to March 31, 2022.

We also maintain offices or have alliance partners who assist foreign investors in Indonesia, India, Singapore, The Philippines, Malaysia, Thailand, Italy, Germanyand the United Statesin addition to practices in Bangladesh and Russia.

here’s what can happen. The Mediterranean is the second front of the crisis