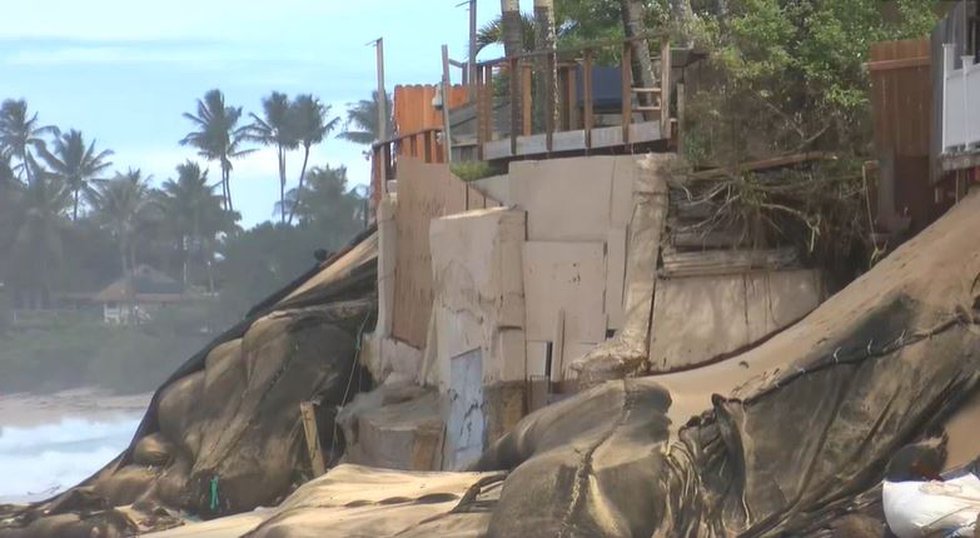 HONOLULU (HawaiiNewsNow) — Following the collapse of a beachfront property into the ocean on the North Shore, some lawmakers have said the state shouldn’t protect homes, but rather remove them from the beach.

The state Department of Lands and Natural Resources allowed some landowners to install huge sandbags or other barriers to reduce erosion, but those permits expired as the situation worsened.

The state said homeowners are expected to remove debris.

Representative Amy Perruso, who surfs in the area, said homeowners should pay the cost of being away from the beach.

“When it’s clear that the problem needs to be solved and further study isn’t needed or a study of a particular mechanism that we’ve already seen has failed isn’t necessary, then I think ‘further investigation or study is ridiculous and a waste of taxpayers’ money.’

Perruso opposes a bill proposed by the University of Hawaii and the DLNR to study the effectiveness of so-called “beach burritos” on beaches. She said it was clear they were failing and causing more damage to the shore.

Are central bank digital currencies the key to unlocking financial inclusion in Africa?