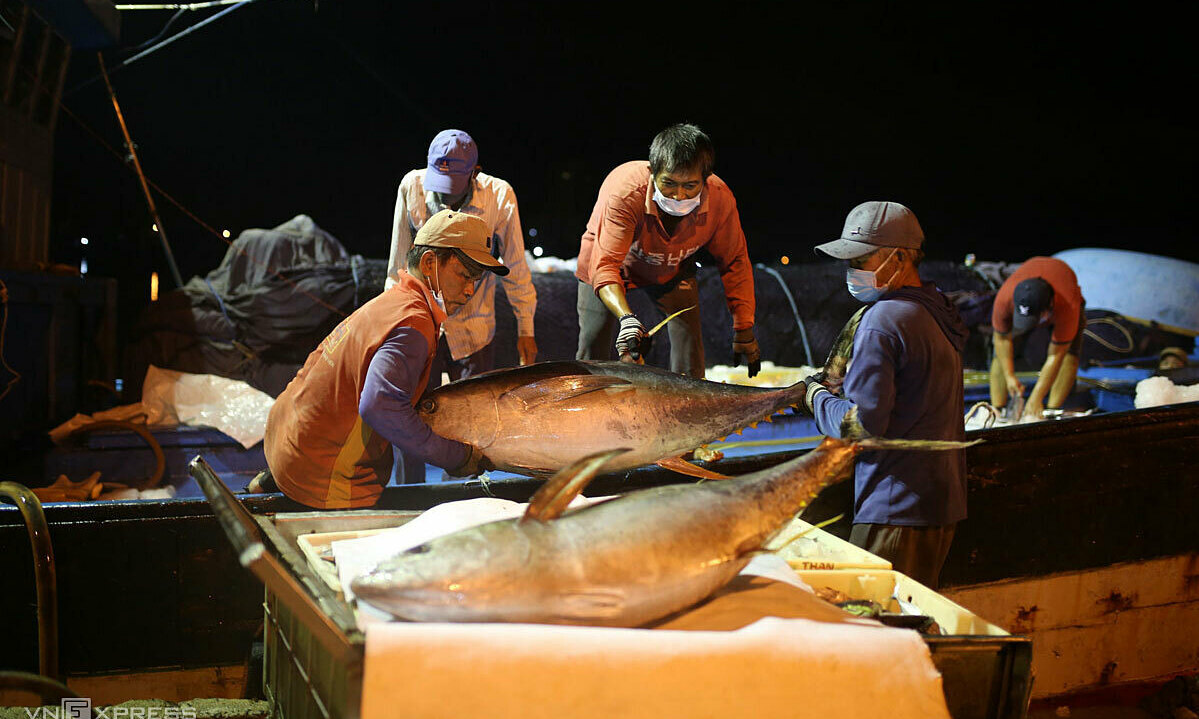 Dang Cong Ngu, former chairman of Hoang Sa district in Da Nang, said fishermen are “living landmarks” in maintaining sovereignty at sea. They don’t just catch fish; they also function as “eyes and ears to the sea” for law enforcement, he said.

“As fuel prices continue to rise, many fishermen have decided to stay ashore because they are afraid of incurring losses. If no one dares to go to sea, we will gradually lose the fortresses that protect our homeland” , Ngu said.

According to the Ministry of Agriculture and Rural Development, recent fuel price hikes have forced more than half of the national fishing fleet of more than 91,700 boats to stay ashore for almost a month now, in especially along the central coast.

According to the ministry, fuel accounts for 45-60% of fishing vessel input costs. The increase in the price of fuel has pushed the price of other products necessary for fishing by 10 to 15%. As a result, input costs have increased by 35-48% while seafood selling prices remain the same.

In most cases, fishermen worked various manual jobs on the shore to make ends meet.

Ngu said authorities should quickly develop a policy to help fishermen get back to sea, and that it should apply to all localities with fishing grounds.

Nguyen Chu Hoi, vice president of the Vietnam Fisheries Society, said that when fishermen take offshore trips, they are not only working to earn income, but also demonstrating their civil rights by protecting Vietnamese waters.

Also, with more fishing boats kept away, there will be a shortage of supply in the production-export supply chain. “Fisheries and aquaculture have different customers and tastes, so it’s impossible to say that aquaculture products can replace caught seafood,” Hoi said.

The Ministry of Agriculture and Rural Development has proposed that the Ministries of Industry-Commerce and Labor submit to the government a proposal for a support program for fishermen, offering each six months minimum wage.

While supporting this proposal, Ngu said there was still a need for long-term support policies.

Vietnam already has the law on militia and self-defense and a regime for land militias, so the same policy can be applied to form maritime militia to create additional jobs for fishermen.

“While waiting for a general policy of lower oil prices, we can thus support fishermen to encourage them to be more present at sea,” said Ngu.

Nguyen Viet Thang, president of the Vietnam Fisheries Society, said Vietnam has around one million fishermen and in most cases they are the breadwinners.

Therefore, there is an urgent need to help them get back to sea, Thang said, pointing out that so far none of the financial aid programs that Vietnam has released during the Covid-19 pandemic have been specially designed. for fishermen.

He said the central bank should consider and soon propose to the government a policy of extending debt repayment terms and granting preferential loans to fishermen to help them restore production.

Nguyen Duc Loc, director of the HCMC-based Social Life Research Institute, said fishermen should receive immediate help to meet household expenses for six months, as they are unable to to make sea voyages for fear of loss.

Given the characteristics of their profession, it will be difficult for fishermen to reorient themselves to other professions, including as unskilled labour, he said.

In the long term, the authorities should come up with medium and long-term solutions to address the problem of high fuel costs, Loc said.

He suggested that the relevant units establish a fuel fund and give it to fishermen in advance. At the same time, there should also be solutions to increase the prices of seafood products that fishermen supply to businesses, including trade promotion programs and policies to reduce production costs for seafood exporters. the sea.