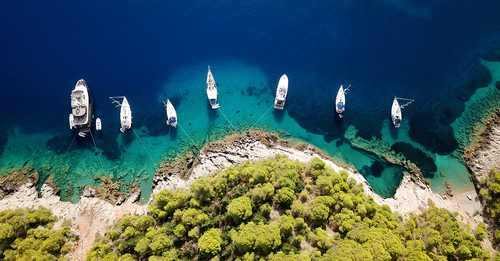 The Caribbean: Citizens by Investment

The demographics of Caribbean investor-citizens have changed as their numbers increased during the pandemic.

Five Caribbean countries have found their Citizenship by Investment (CBI) programs a lifeline as the pandemic ravages their economies.

Antigua and Barbuda, Saint Kitts and Nevis, Saint Lucia, Dominica and Grenada have seen their programs run at full speed throughout the year and a half of the pandemic so far, ensuring the money they needed so badly.

â€œOur numbers of inquiries have been astounding,â€ says Nestor Alfred, CEO of the St. Lucia CBI Unit. “This year has been absolutely the best year for us in terms of apps.”

The profile of candidates has also changed. CBI Caribbean programs have historically attracted mainly citizens of emerging countries. Since the pandemic, however, data from CBI specialist Henley Global shows a 204% increase in applications from U.S. citizens, with strong growth also in applicants from Canada (47%), Australia (41%) and Great Britain. -Brittany (31%). â€œInvestors in emerging and developed economies are looking for alternative business, professional, educational and lifestyle opportunities on a global scale,â€ said Dominic Volek, private clients group leader at Henley Global.

Saint Lucia and Grenada were the big winners, posting record numbers during the crisis, according to Investment Migration Insider (IMI). But the business has flourished in all five countries, with disproportionate impact.

â€œBecause GDP and government revenues are drastically declining due to the reduction in tourism,â€ explains Christian Nesheim, founding editor-in-chief of IMI, â€œthe relative importance of CBI on GDP is certainly higher in 2020 -2021 than in 2019. “

The global CBI industry, currently around $ 25 billion a year, is fueled by high net worth and high net worth individuals who want to improve their global mobility and diversify tax jurisdictions. Caribbean CBIs are among the most accessible – a relatively attractive value offering not only tax-free environments but also visa-free access to the European Schengen area, a visa-free zone of 26 European countries; and in some cases, Russia, the United States, Canada and China.

â€œSovereign states need capital and investors are worried about the depreciation of their assets. The parallel with 2008 is clear, â€says Volek.

Some regulators outside the Caribbean, such as the European Council (EC), have raised concerns that CBI programs could be used for tax evasion purposes. In February, the EC added Dominica to its list of non-cooperative tax jurisdictions because it was not classified as â€œbroadly compliantâ€ as required. but only “partially compliant”. Arab media giant Al Jazeera also criticized Dominica’s CBI program, which in 2019 accused the country of aiding international money laundering through the sale of diplomatic passports.

Internally, however, support for CBIs is much greater. â€œThe programs create jobs and unencumbered government revenue,â€ says Nesheim. “The latter ensures that the government does not need to borrow money or raise taxes to finance its operations or various Keynesian aid programs, such as social housing or airports, which tend to have broad popular appeal. ” He adds that in the CBI-offering islands of Malta and Cyprus, however, “opinions are much more divided on the issue.”

Travel restrictions and personal caution are likely to continue to hold back tourism, so social programs remain vital. With a new hurricane season underway and climate change threatening to worsen, governments in the Caribbean are counting on IWCs to support climate resilience. â€œHurricanes cause tremendous damage to the islands,â€ says Volek. “[Islanders] view the funds raised by CBIs as a lifeline for recovery and relief. “