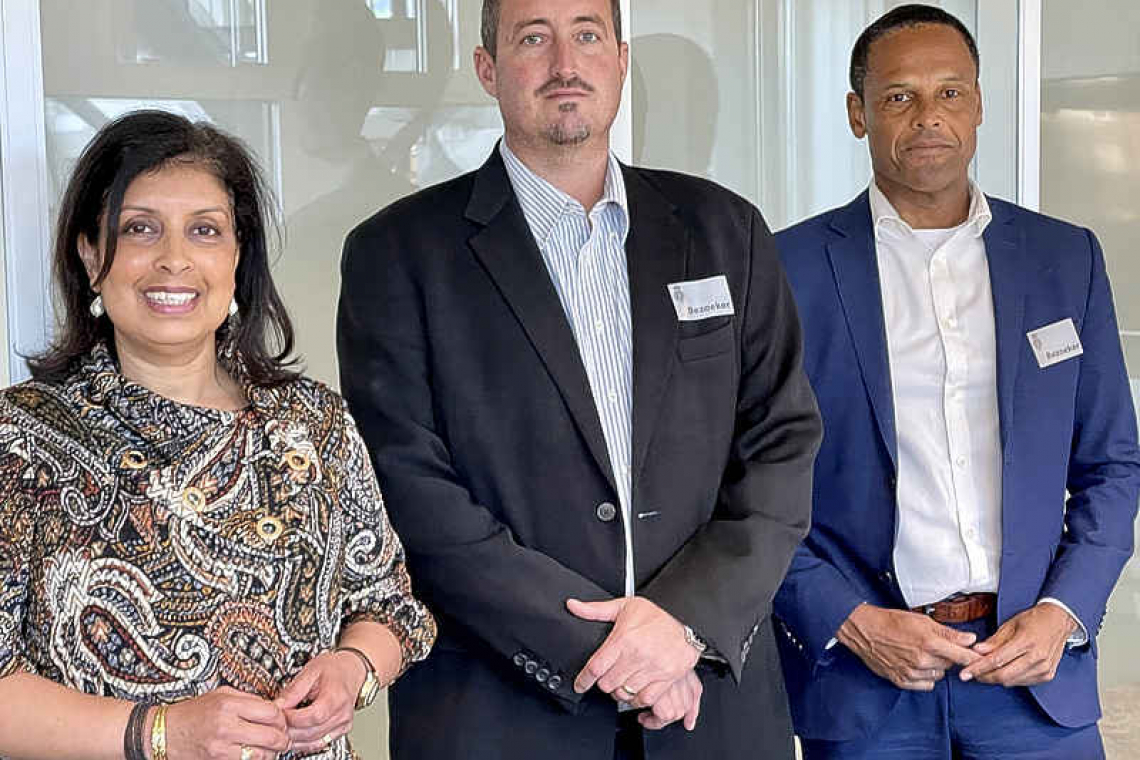 SABA — Commissioner Bruce Zagers and Island Secretary Tim Muller recently met several members of the second chamber of the Dutch Parliament during their visit to The Hague.

Among the members Zagers and Muller met with was the chair of the Second Chamber Standing Committee for Kingdom Relations, Mariëlle Paul. The meeting was introductory in nature as Paul, who is a member of the liberal democratic VVD party, took up her new position as chair of the committee about three weeks ago.

The other two MPs Saba’s delegation met were Joba van den Berg of the Christian Democratic Party CDA and Jorien Wuite of the Democratic Party D66. Zagers described the discussions as very positive, open and informative.

The individual interviews allowed to take stock of the developments in Saba, to talk about the good relations with the Netherlands and the challenges that the island in general and the public entity Saba in particular were facing.

Zagers explained that although things have been much better since Saba became part of the Netherlands in 2010, there were still multiple challenges in areas such as poverty alleviation, free allowance, the situation financial government, the high cost of living, the high cost of doing business. and connectivity.

Saba is the only island in the Dutch Caribbean to have positive audit statuses since 2014, but strong financial management has not necessarily translated into the necessary funding or a higher free allocation. Saba has been working for several years to increase the free allowance because the amount she receives is insufficient to cover government operations and the cost of, for example, infrastructure maintenance. With a new Dutch government in place and additional funds allocated to the Caribbean Netherlands, Saba hopes that her financial problems and the issue of the low free allowance will be resolved.

In addition to the structural deficit, Saba faces a financial deficit in the execution of the construction of the new port of Black Rocks and the new school buildings. Additional funding is also needed to achieve the 100% renewable energy target to mitigate high electricity prices. These financial shortcomings are discussed during the visit of the Saba delegation to The Hague.

Another pressing issue that Zagers raised in talks not only with MPs but also with relevant ministries is the banking situation in Saba. Banking services are considered poor and expensive. This problem hinders the economic development of the island and is very frustrating for entrepreneurs and residents. The banking situation is a problem that must be solved by The Hague.