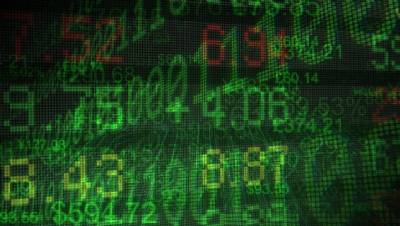 The global green finance market has grown more than a hundredfold over the past decade, but still only accounts for 4% of the global finance market, new research has found.

Research by TheCityUK, with support from BNP Paribas, found that the global green finance market has grown from $5.2 billion in 2012 to over $540 billion in 2021. However, the ‘Green Finance: A Quantitative Assessment of Market Trends‘, which uses data provided by Refinitiv, indicates that the share of green finance in the total financial market stands at just over 4% globally.

Green bonds account for the largest share of the green finance market, with issuance growing from $2.3 billion in 2012 to $511.5 billion in 2021. Cumulative green bond issuance totaled $1.4 billion over the period 2012-2021, which represents 93.1% of green finance over the decade.

The research found that China and the United States account for the largest share of the green bond market, at 13.6% and 11.6% respectively.

TheCityUK Chief Economist and Head of Research Anjalika Bardalai said: “For many years green finance has been like a hothouse seedling, highly prized and cultivated, but not quite up to the old plants. hardy perennials of the broader financial markets.

“Although definitional limitations mean that not all green finance activity is currently captured in the data, it is still important to try to compare them, and it is clear that even taking into account the limitations of the data, flows Green finance accounts for only a small fraction of flows in broader financial markets, although they have increased in recent times.

The research notes that the UK is “well placed to take advantage of this growth” provided the green finance market is supported by government and regulators.

In the UK, more than 20 sovereign green bonds were issued last year.

The UK’s green gilt package was first confirmed by Chancellor Rishi Sunak in November 2020 and then confirmed during the 2021 budget speech in March. Then, in July, the price of UK green gilts was set at £15 billion by the Treasury.

The UK launched its first green gilt in September. Reuters first reported £90bn in orders – a figure that tops all previous records for debt sales by the UK government or any of the devolved administrations. The UK government has since confirmed that £10 billion has been raised from the sale.

Then, in October, the second green gilt sale was confirmed. It has raised a further £6bn to fund green projects and, with last month’s sale, a total of £16bn has been raised for projects such as zero-emission buses, offshore wind and home and building decarbonization programs.

The government also confirmed that the order book for this gilt was 12 times oversubscribed.

Anne Marie Verstraeten, Country Director of BNP Paribas UK, added: “The UK has seen an increase in climate-aligned capital, and London is a global powerhouse when it comes to industrial expertise, innovation and policy development.

“The government’s net zero target for 2050 has created a constructive environment for businesses to engage in the transition, and the recent mandatory reporting of the TCFD and transition plans will further fuel funding to help businesses, investors and stakeholders in the economy to fund the net-zero transition.

Earlier this year, a study by Climate Bonds Market Intelligence found that 2021 marked the highest annual figure for green finance issuance since the market’s inception. In total, more than $517 billion in green bonds were issued by investors last year.

Avina CBD Oil Reviews (Scam or Legit?) Are Avina CBD Gummies Worth It?

[WATCH] Over 50% of Kenyans use feature phones and a CBDC would block them, says central bank governor