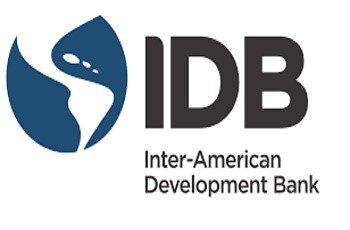 The Inter-American Development Bank (IDB) announced that it has approved a US$60 million grant to improve food security, build medium- and long-term climate resilience for vulnerable populations in Haiti, and better assist displaced people and migrants from return.

“Natural disasters, including hurricanes and earthquakes; social and political instability; and the consequences of the COVID-19 pandemic have deepened poverty and fragility, eroding the quality of life of the Haitian population, particularly that of the country’s most vulnerable segments,” the Washington-based financial institution said in a statement. a statement.

He said an initial $40 million component of the grant offers cash transfers to provide temporary income in food insecure areas.

To qualify for some of the transfers, the IDB said recipients must participate in community-based projects focused on resilience and climate change mitigation.

He said the transfers will start circulating in January 2023 and will benefit around 52,000 households, with a total of 260,000 people.

The IDB said a second round of $13 million in aid is intended to expand essential health services for displaced people and returning migrants, and improve the continuity of those services.

Part of the funds will also be used to expand the Ministry of Social Affairs and Labor’s information system to identify those most in need of help.

The financial institution said it is also supporting efforts to fight the cholera epidemic in the Caribbean country.

Along with other partners, the IDB said it was supporting an awareness campaign to prevent the disease.

Two United Nations agencies have warned of “catastrophic” hunger recorded in Haiti for the first time.

The Food and Agriculture Organization of the United Nations (FAO) and the United Nations World Food Program (WFP) have stated that “a relentless series of crises have trapped vulnerable Haitians in a cycle of growing despair, without access to food, fuel, markets, jobs and public services.”