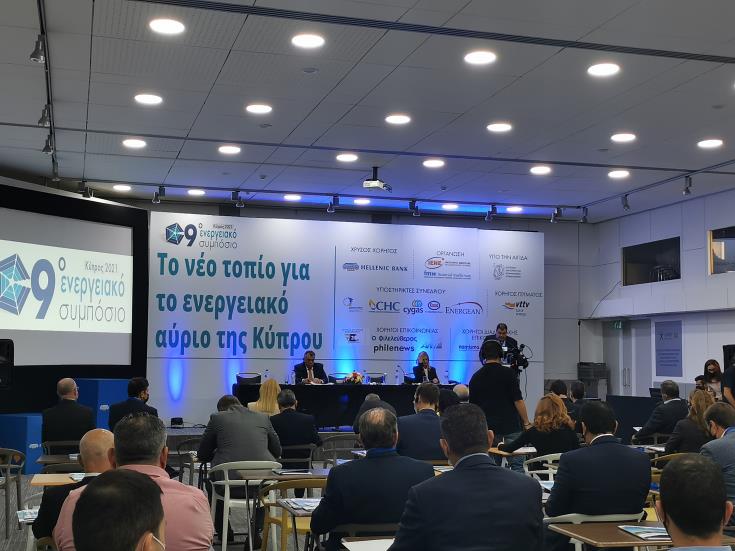 The next round of natural gas exploration as well as the localized quantities of hydrocarbons will determine the speed and exploitation of hydrocarbon reserves in the exclusive economic zone (EEZ) of Cyprus, said the Minister of Energy of the Republic of Cyprus. Trade and Industry Natasa Pilides.

Addressing the 9th Energy Symposium in Nicosia, Pilides also expressed the view that natural gas should remain a transitional fuel as the EU moves towards the green transition despite views expressed that it should be banned from fuel. energy mix.

â€œThe next round of exploration, which is expected to begin with drilling by ExxonMobil and Qatar Petroleum in Block 10, is something we look forward to with great expectations, as the amounts of hydrocarbons in our offshore blocks will certainly determine in to a large extent the speed and route of exploitation of hydrocarbons in the Cypriot EEZ, â€said Pilides.

Next month, the US-Qatari consortium is expected to perform an appraisal well in the “Glafcos” gas discovery in Block 10, which is expected to contain a reservoir between 5 and 8 trillion cubic feet.

However, Pilides said that “the scene has changed” in the field of energy, noting that the EU’s green agreement, as well as the “fit for 55” package, “exerts special pressure to ensure that our goals have become more favorable â€.

â€œThis is something that we must take into account in our plans to reduce CO2 by 40% to 50%,â€ she added, noting that the government is following a holistic approach using funds from the National Plan of recovery and resilience.

Addressing the symposium, House of Representatives Speaker Annita Demetriou said Cyprus is key to the region’s energy map, noting that the island is called upon to play a catalytic role in energy development in the region. the region due to its geographical position.

Demetriou also stressed the importance of cooperation initiatives, noting that cooperation agreements with Greece, Israel, Egypt and Lebanon should be implemented.

â€œRegional cooperation in the energy field based on the law of the sea and the principles of good neighborliness is a very important factor in the fight against the instability and conflicts that traditionally affect our region and especially in recent yearsâ€, a- she stressed.

The President of the Chamber also underlined that â€œthe Turkish objectives aimed at hampering the strategic cooperation of Cyprus in the energy field by contesting the sovereignty of the Republic within its EEZ require stronger representations towards the international community so that the latter responds firmly to prevent (Turkish) threats and illegal actions in the territorial waters of the Republic of Cyprus, the EEZ and the continental shelf.

Cyprus has been divided since 1974 when Turkey invaded and occupied its northern third. Ankara, which claims that Cyprus does not have an EEZ, has on several occasions illegally prevented vessels from carrying out exploration activities in authorized blocks of its EEZ.