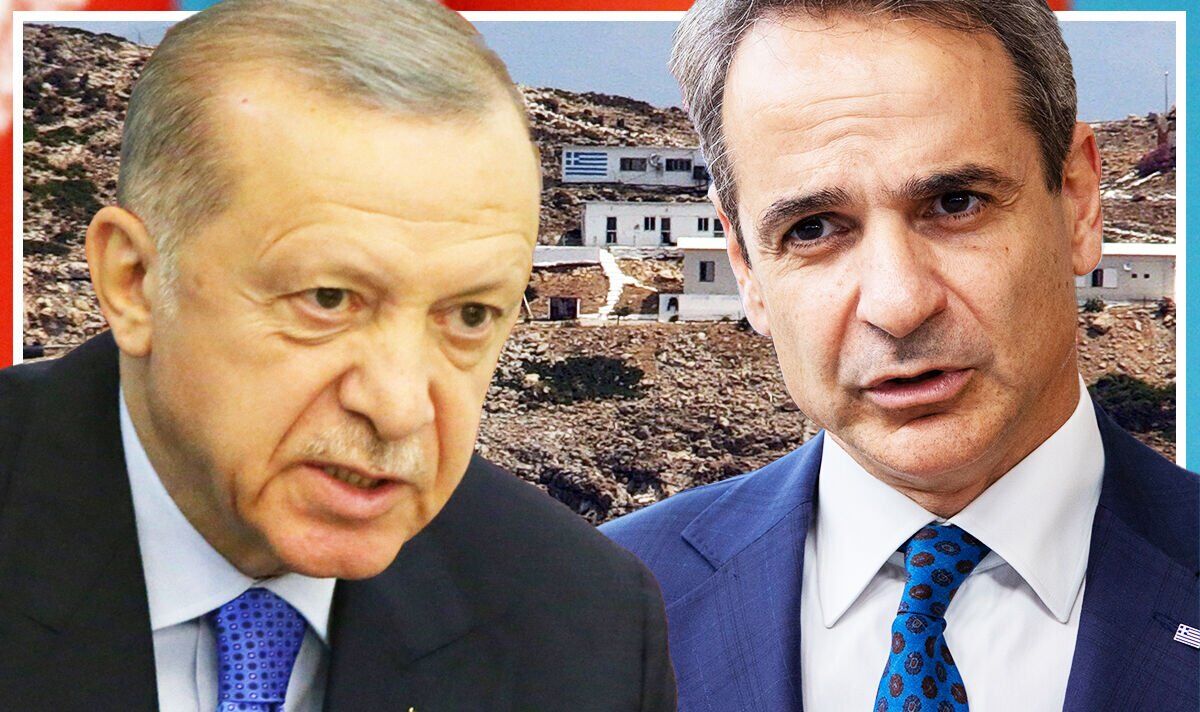 Turkish Defense Minister Hulusi Akar claimed that Athens had militarized 16 of the 23 islands given to Greece under the 1923 Treaty of Lausanne and the 1947 Paris Peace Treaties. Akar, former Chief of the General Staff, said Turkey has the right to defend itself against the alleged threat.

The minister told a press conference organized by the Association of Anatolian Publishers that Greek sovereignty over the islands and the merits of international agreements would become controversial, according to a report by Nordic Monitor.

Mr Akar called Greece unacceptable for claiming 10 miles of airspace over its Aegean islands despite their six-mile coastal shelf.

He accused Greek politicians of exploiting anti-Turkish sentiment for their own political gains.

Turkey’s defense minister told reporters: “Some politicians in Greece continue their provocative actions and rhetoric in accordance with their personal ambitions, because such talk against Turkey is supposed to bring them something in domestic politics.”

He also invoked Turkey’s War of Independence in the early 1920s when the Turks defeated the occupying powers including Greece.

The Turkish leader announced earlier this summer that Ankara would end all bilateral talks with Athens amid a row with Greek Prime Minister Kyriakos Mitsotakis and alleged airspace violations.

Greece said Turkey’s remarks about arming the islands were “baseless”.

Greek government spokesman Giannis Economou, asked in June about the risks of a possible armed clash, told reporters that Greece was dealing with “a crescendo of incendiary Turkish statements” in cold blood.

Yesterday it was reported that the Foreign Ministries of Turkey and the Turkish Republic of Northern Cyprus (TRNC) criticized Greek Foreign Minister Nikos Dendias for his remarks on Ankara’s peace operation on the Mediterranean island.

Mr. Dendias reportedly claimed that Cyprus had been illegally occupied by Turkey.

The Turkish Foreign Ministry said on Twitter: “Greek Cypriots violated the 1960 Constitution and destroyed the Partnership Republic in 1963. Turkey had to intervene after the Greek coup of July 1974, with the aim of ‘stop the bloodshed and violence against Turkish Cypriots.’

The ministry added: “Greece and the Greek Cypriots have never shown the necessary will for a permanent settlement on the island. The Greek Cypriots rejected the Annan plan in 2004 and left the table in Crans-Montana in 2017 .

“The inherent rights, sovereign equality and equal status of Turkish Cypriots must be reaffirmed for a fair, just and viable settlement on the island.”

The TRNC Foreign Ministry added, “With this statement, Dendias is trying to erase the black mark left by the Greeks in history and to distort historical and legal facts.”

Cyprus is a key dividing point between Greece and Turkey who maintain competing claims over offshore waters believed to contain large amounts of natural gas.

The island was divided in 1974 when Turkey invaded its northern third in response to a brief Greek-inspired coup.

Both Greece and Turkey are guarantors of Cypriot independence, along with Great Britain.

Take out a personal loan with a co-signer