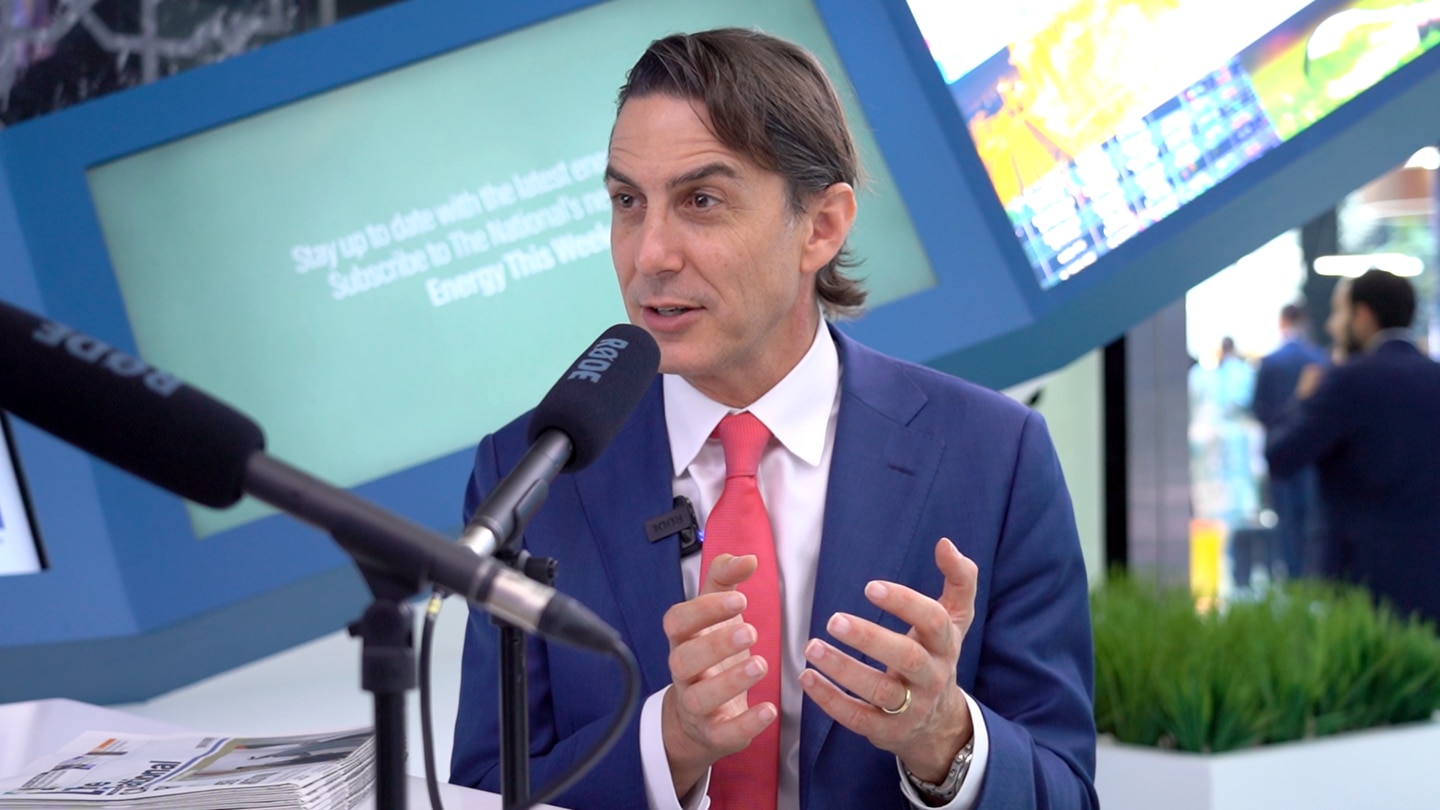 The UAE and the United States can work together to accelerate the shift away from global dependence on oil and gas while spurring sustainable economic growth, U.S. energy envoy Amos Hochstein said on Tuesday.

The US Special Envoy and Presidential Coordinator for International Energy Affairs on Tuesday in Abu Dhabi signed – on behalf of the United States – a strategic partnership with the United Arab Emirates to invest $100 billion to produce 100 gigawatts of clean energy by 2035.

At the Adipec oil and gas conference and expo, Mr. Hochstein called it a “revolutionary deal.”

“The United States and the United Arab Emirates have always been allies and enjoy strong security, defense and economic relations,” Hochstein told the Business Supplement podcast.

“Now we are joining forces to lead the world in adapting and implementing the climate agenda; in renewable energy, electric vehicles, cleaner and perhaps more easily deployable nuclear energy, the advancement of new technologies, the acceleration [all] these things. And we are extremely excited.

Hochstein said the UAE’s track record made it the perfect partner.

If the UAE could lead the oil and gas era, why can’t it lead the next energy era?

“An oil country develops Masdar [City] and is the first oil country in the world to understand ‘don’t fight the future…don’t fight progress’, which everyone was doing saying, ‘Oh my God, we have to kill renewables, because that they are going to kill us’ and instead say ‘don’t kill it, join it’,” he said.

“So the UAE and the United States have a lot in common…we have people who want to get things done…And that’s what I think we can do together.”

President Joe Biden has expressed disappointment with OPEC+ producers’ decision to cut oil production as the US economy is under pressure, with high inflation and rising energy prices. OPEC+ members, including Saudi Arabia, said the move was prompted by forecasts of a global economic slowdown and lower demand for crude as a result.

“We have to look at the short term, because we are leaders of countries, and we have people paying for gas today, not 10 years from now,” Hochstein said.

“And they have to take whatever is on their paycheck and decide how to buy medicine, food and gas.

“When gas prices go up [or] the price of oil goes up and then the price of food goes up because we don’t live in a farm-to-table society. We live on a farm, truck, table or sometimes farm to truck, ship, truck, table.

“That’s a lot of gasoline and diesel going into the price of your food. So when people walk into a supermarket in London, or New York, or Dubai, or anywhere in the world… they’re paying for a barrel of oil. It’s just a reality.

More investment is needed to avoid price shocks, he added.

“President Biden…said companies need to invest today, in oil and gas, they need to invest in more production. They are making record profits while people are suffering,” Hochstein said.

“Now the record profits are because we have a war [in Ukraine] and we are coming out of Covid so the prices are really high… We don’t want them not making a profit… making a profit but investing in more oil and gas… While the company is investing in oil and gas, we have to invest a lot more to ensure the future.

Hochstein stressed that the future global energy system must be more diverse and that geopolitics must be taken out of the equation.

“How did we come to this OPEC… OPEC+… when you have a small number of producing countries, and you have a less diversified system? What is happening today for renewables is not just about money,” he said.

“If I think of batteries, solar and wind… where does all this come from? Who owns it? Who makes it? How is it done? A battery has… cobalt and copper and graphite and nickel? … Are they using it properly?

“We need to get all of these things done around the world, not just in one place, in the United States, in Australia, in Europe, in Africa…all over the world, a diverse system so that the The future of renewable energy, the future of green energy, is not the same as a 20th century oil and gas company.

“Take the geopolitics out of that. Let it grow everywhere, let the competition be on who can do it in the cleanest, healthiest and [in the] most profitable way.

Europe at “God’s mercy” this winter

More than a year ago, Hochstein warned European governments against exposing themselves to Russian gas supplies. Now the continent faces a winter without it after the fallout from Russia’s invasion of Ukraine.

“But we can’t just replace all the Russian gas… What we really want is for the war to end.”

There are lessons to be learned today, Hochstein said.

“Every country in Europe wishes it had made a fraction of the investment it is making now just to keep Ukraine safe, in infrastructure, so that it doesn’t have to pay the price for the leverage of Moscow.”

“It was really moving, actually” to have been present when Lebanon and Israel officially signed a maritime agreement to demarcate their border in the Mediterranean, Hochstein said.

The deal promises to pave the way for Lebanon to start accessing its potential natural gas windfall. Mr. Hochstein helped broker the deal which was brokered through indirect talks, as Lebanon and Israel do not have diplomatic relations.

“So to be able to be there in that tent with the delegations there and end the shipping dispute [border] was remarkable… I felt like that’s what I think the role of the United States can and should be in the region,” he said.

Mr. Hochstein has been working on energy relations in the Eastern Mediterranean for more than a decade.

He witnessed how “the energy developments off Israel, off Egypt, off Cyprus were really an opportunity not just for energy, but for the wider integration of the region in itself and doing it through physical integration, building pipelines, building opportunities”.

“I really believed in it and we were able to do so much,” he said.

However, Lebanon’s buy-in to these Eastern Mediterranean developments seemed impossible for a long time, Hochstein said.

“So the imbalance between Israel and Lebanon, where Israel has developed so much gas, has transformed their economy… and while everyone in the world is paying huge prices, right, and look at Europe right now… while Israel is paying 4, 5, 10 percent [of the cost in Europe]. But Lebanon is not. That’s two hours of electricity a day,” he said.

Mr. Hochstein believes that the hope of better access to energy can transform Lebanon’s prospects.

“More often than not, people think of energy as tools of war, tools of conflict or… tools of coercion, leverage – if I sell you, I own you. And that has been the case in Europe, Asia, the South China Sea… and the Middle East,” he said.

Turning the tables on this paradigm has been Mr. Hochstein’s goal for 11 years now.

“If it can be a tool of coercion, why can’t it be a tool of cooperation…if you can use it to integrate countries and economies, then you have something to lose, then when it ends going… going to conflict now has a cost,” he said.

“I believe that at the end of the day, fundamentally, if you have stability, security and prosperity, you won’t have conflicts.”