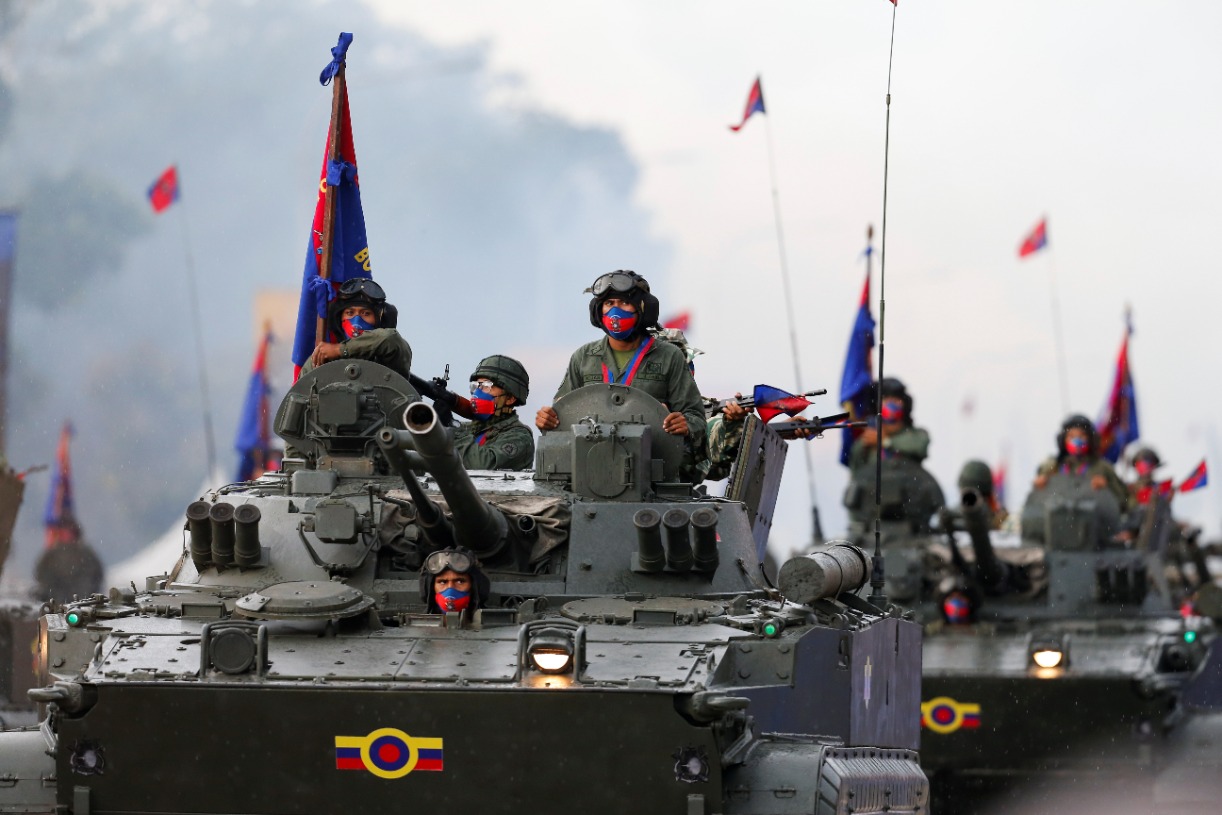 Over the past decade, Venezuela has quickly become a hub for Russian and Chinese cybertech in the Western Hemisphere. In an effort to extend its grip on power, the Maduro regime in Caracas has allowed the country to become a laboratory of digital surveillance and authoritarian social control. Moscow and Beijing are thus able to project their global ambitions in the western hemisphere by sending their cybersecurity know-how and infrastructure to Venezuela. In other words, it is a win-win exchange for both parties as they establish an anti-American cyber partnership in Latin America.

The story of Venezuela’s foray into authoritarian cybertech began with the founder of the Bolivarian Revolution, self-proclaimed socialist leader Hugo Chavez. In 2008, Chavez sent government officials from the Venezuelan Ministry of Justice to China to learn about China’s national identity card system. A member of the delegation said, “What we saw in China changed everything. Under the pretext of wanting to expand his country’s access to public services, Chavez has taken a liking to Chinese digital technology and its ability to track the economic and social activities of citizens. Chavez deeply admired Beijing’s tracking technology and surveillance mechanisms.

According to Reuters, the Homeland Cards Database stores personal identifying information needed for Venezuelan banking and health care, but it also stores details about the political behavior of its users, such as activities on social networks, political party membership and voting history. Some critics of Chavismo claim that this card is the beginning of a Chinese-style social credit system in Venezuela. More than 70% of Venezuelans now carry the homeland card, and some reports suggest that citizens with the digital identity card receive preferential treatment from the central government, such as special access to food and subsidy premiums. Chavez’s cybernetic legacy lives on in the form of the homeland map.

Moreover, the Russian government has also helped the Maduro regime with its cybersecurity know-how. In March 2019, Moscow sent around 100 military specialists, including cybersecurity personnel, to Caracas with the likely aim of bolstering the Maduro administration’s internal stability and preventing “regime change” by political actors. aligned with the United States. A month later, Russian Deputy Foreign Minister Oleg Syromoloto pledged to help Caracas investigate cyberattacks on Venezuela’s power grid, which caused power cuts across the country. Maduro called the cyberattacks “the first war of unconventional dimensions with attacks on public services”, blaming Washington.

The export of Russian and Chinese surveillance technology to Venezuela should be of concern to US policymakers. While much of this technology is apparently designed to consolidate Maduro’s political power within Venezuela’s borders, it could lay the groundwork for Russia and China to launch future cyberattacks from Venezuelan networks. . Russia has already disguised some of its online disinformation campaigns as being of Venezuelan origin. For example, during the Catalan separatist crisis in 2017, only 3% of social media content related to Catalonia came from real users outside Russian and Venezuelan cyber networks. In November 2017, the Spanish newspaper El País concluded that “the Russian network used Venezuelan accounts to deepen the Catalan crisis”.

By focusing on Putin’s war in Ukraine, the Biden administration underplayed Latin American affairs, which were exposed at the recent Summit of the Americas. In a show of solidarity with Cuba, Nicaragua and Venezuela, which were excluded from the meeting, Mexican President Andrés Manuel López Obrador declined an offer to come to the summit. Given that Washington has close ties to illiberal regimes in Brazil and El Salvador, the Biden administration’s insistence on promoting democracy rings increasingly hollow in Latin America and the Caribbean. Under Trump and now Biden, Washington’s attitude toward hemispheric relations has proven hegemonic and chauvinistic. Washington needs to be more flexible and less ideologically rigid in its Latin American policy. For example, the United States could promise to lift sanctions and buy oil from Venezuela if Caracas cut economic ties with China and Russia. If the United States hopes to prevent the growth of Chinese and Russian cyber influence in the Western Hemisphere, Washington must establish long-term economic and cyber ties with its partners in Latin America and the Caribbean.

Benjamin R. Young is Assistant Professor of Homeland Security and Emergency Preparedness at the Wilder School of Government and Public Affairs at Virginia Commonwealth University. He is the author of the book Guns, Guerillas, and the Great Leader: North Korea and the Third World, and his writings have been published in various media and peer-reviewed scholarly journals. Follow him on Twitter @DubstepInDPRK.

Beware of artificial intelligence pretending to be your loved ones