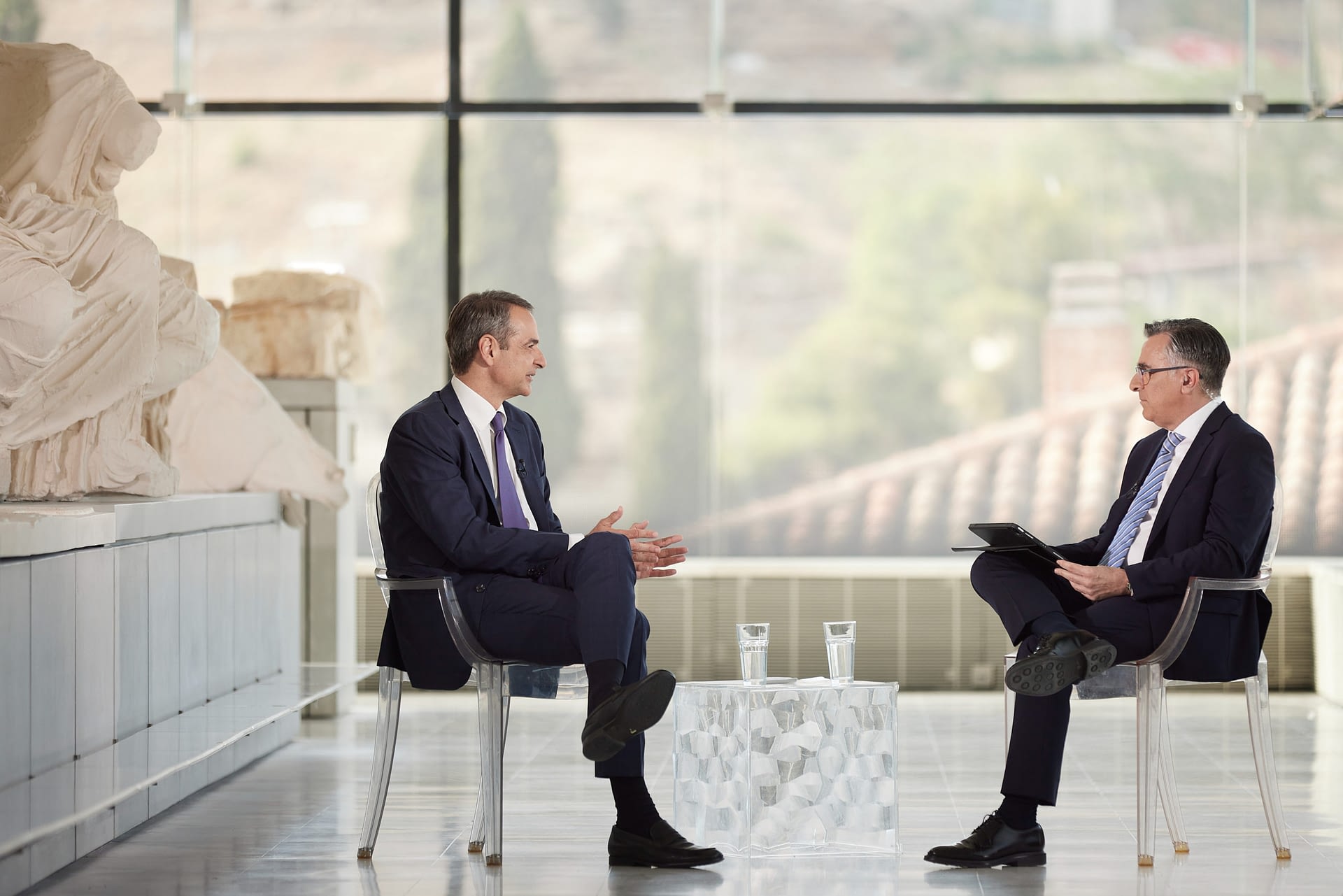 ATHENS — Turkish President Recep Tayyip Erdogan doesn’t want to talk to him and has cut off all communications with Greece, but Prime Minister Kyriakos Mitsotakis said he still hopes there will be a dialogue between them to settle differences over the rights to the seas and islands of the Aegean.

In an interview with state broadcaster ERT, Mitsotakis said Erdogan had suggested military force could be used unless Greece removes troops off the Aegean islands near the Turkish coast. that the Turkish leader would still talk about it.

“Turkey’s complaints… are completely irrational as they call into question Greek sovereignty over the eastern Aegean islands,” Mitsotakis said. “I don’t think a single thinking human being – including in Turkey – thinks that today Greece can threaten Turkey,” he said, adding that “there is a strong verbal tension, but we don’t have yet – and I hope we don’t reach that point – the tension on the pitch.

He said ‘Turkey often adopts precisely such rhetoric’ but said he hoped Erdogan would change his mind and talk to him despite the Turkish leader saying that for him Mitsotakis ‘no longer exists’ .

Mitsotakis shrugged it off as a bluster and said, “We need to meet and we need to talk”, after the two met in March and agreed to a detente in provocations which Erdogan almost immediately halted.

Turkey has also warned it will be a cause of war if Greece doubles its maritime borders 12 miles away, cutting off Turkey’s Aegean coast, and Erdogan says he will send a research vessel again at some point. energy and warships around the Greek islands to hunt. oil and gas.

The hubbub should not shake Greeks, Mitsotakis said, adding that while he prefers diplomacy, Greece is ready for conflict, the military is on high alert and as he prepares to buy French fighter planes and warships and to forge foreign alliances.

This included the renewal of a military cooperation agreement with the United States which will see more American bases in the country and possibly the purchase of F-35 fighter jets denied to Turkey when Erdogan left. forward and purchased Russian-made S-400 missile defense systems.

Turkey has said it will contest the sovereignty of the islands, including the popular tourist destinations of Rhodes, Kos and Samos, and ask the United Nations to get involved in the dispute.

The two NATO allies have long been at odds over offshore rights, ownership of uninhabited islets and the island nation divided by the Cyprus war, and have come close to war three times in the past half-century.

Erdogan upped the ante earlier, warning Greece to demilitarize its Aegean islands and saying he was “not kidding”. He spoke at Turkish wargames near the Greek islands that included an amphibious landing scenario.

Turkey has said Greece has built a military presence on the islands in violation of treaties under which they were ceded to Greece in the 20th century after a long period of occupation by the Turks – or by Italy in the case of Rhodes and Kos. Turkey, however, does not recognize these agreements.

Greece counters that the islands need defenses given war threats from Turkey, which has NATO’s second-largest army and maintains a large landing fleet on its Aegean coast.

Mitsotakis said that “if common sense prevails,” relations will not deteriorate further. Otherwise, he added, “we will do what is necessary”.

Concerns have grown that tensions could escalate into some form of military confrontation this year, even as Greece and Turkey seek to boost vital tourism revenues this summer after two years of drought-induced losses. pandemic.

Mitsotakis said relations were not yet at the point where the two countries sent warships to the eastern Mediterranean in a dispute over gas and oil exploration rights in 2020 when COVID hit.

(Associated Press material was used in this report)

Your evening reading: The brother of a prime minister guilty of rape, Copa returns and more