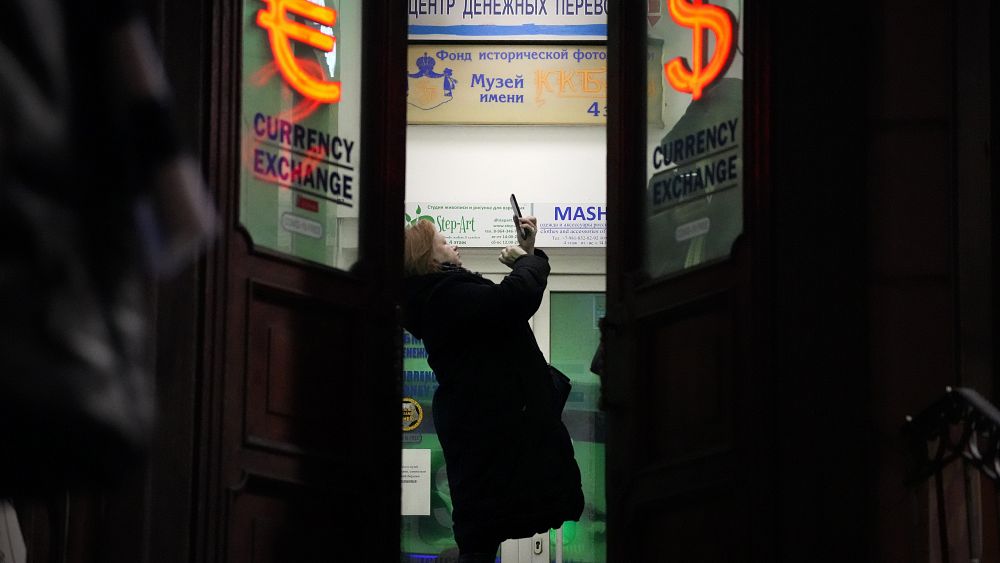 Will Russia’s Digital Ruble Protect Its Economy From Western Sanctions?

A waiver issued by the US Treasury allowing Russia to continue transferring payments for its foreign bonds despite Western sanctions expired on Wednesday, leaving Moscow to face an unavoidable possible default.

To date, Russia is officially unable to make payments in US dollars and remains blacklisted in the euro market.

The country has already been cut off from global payment markets, including SWIFT, and sanctions imposed after the February 24 invasion of Ukraine froze its more than 560 billion euros in overseas assets.

An increasingly financially-hogged Russia is now considering all options to keep its economy afloat, if not stable, even creating a “digital” rouble.

What is a digital rouble?

Russia is not the first country to develop its digital currency capabilities to modernize its financial system.

In 2020, the Bahamas was the first country to launch a national digital currency. In 2021, Nigeria developed e-Naira, a digital currency used for in-store payments and money transfers.

Antigua and Barbuda, Dominica, Grenada, Montserrat, Saint Kitts and Nevis, Saint Lucia, and Saint Vincent and the Grenadines in the Eastern Caribbean Union have all developed their own digital currencies. Meanwhile, Jamaica has said it will launch its own digital currency this year.

In Europe, the European Central Bank (ECB) launched a two-year “investigation phase” of its plan to launch a digital euro in October 2021, while Sweden is already testing the electronic krona.

Some of the world’s largest economies are on board: India plans to introduce a digital rupee by 2022-2023 and this year China trialled a digital yuan at the Beijing Winter Olympics.

Digital currencies allow countries to make the most of modern technologies such as cryptocurrency, without losing control of the financial system. In the case of digital currencies, it is the central bank of a country that is responsible for issuing digital coins and government-backed accounts.

When will Russia introduce it?

“We created a prototype quite quickly… Now we are doing tests with banks and next year we will gradually have pilot transactions,” Nabiullina told the Russian parliament by Reuters in April.

Last month, Russia said it would launch a pilot project using the digital ruble with real customers and real transactions from April 2023, well ahead of the initial unspecified timeline, likely in due to the severity of Western sanctions.

Moscow said it should be able to make international payments with the digital ruble by next year.

How can this help Russia?

A digital ruble would allow Russia to continue making domestic and international payments despite the sanctions that currently prevent the country from accessing the international banking system.

Whether Russia can use the digital ruble for international payments will depend on whether countries are willing to accept the currency without first converting it to dollars.

There are fears that Russia could use the digital ruble to steal digital currencies and compensate money lost on sanctions with hacking techniques like ransomware, which has already happened in North Korea.

But the main concern of Western countries is that Russia will succeed in launching its digital currency. If the digital ruble picks up, Western sanctions will have very little power over Moscow, and the West will have one less tool to influence the behavior of the Kremlin.

There are also signs that Russia is opening up to consider legalizing cryptocurrencies.

On May 18, Russian Industry and Trade Minister Denis Manturov said that Russia legalize crypto sooner or later “in one format or another” as a means of payment.

This is a massive shift for Russia, which previously shunned cryptocurrencies for fear that they could be used for money laundering or terrorist operations.

Cryptocurrency – the alternative payment method by definition – could help Russia circumvent all the traditional market blockades that Western allies have imposed on it. Relying on cryptography to make domestic and international payments could ease the internal situation in Russia, protect citizens to be hit directly by Western sanctions.

Recent reports from the Russian government, which have not been independently verified, indicate that Russians own more than €200 billion worth of cryptocurrencies.

But it remains to be seen how ready Putin’s government will be to relinquish control and embrace a decentralized financial system that doesn’t quite match the controlling, centralized leadership style of the Kremlin.