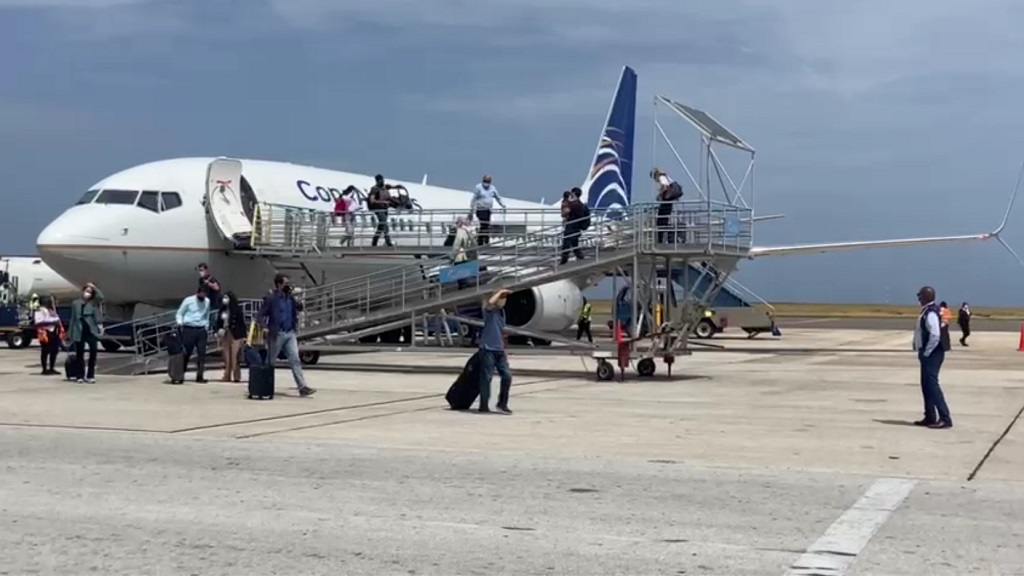 Your evening reading: The brother of a prime minister guilty of rape, Copa returns and more

In case you missed them, here are some of our best articles of the day.

Copa Airlines returns to Barbados after two years, marking the resumption of travel from Latin America.

Minutes after walking on the tarmac at Grantley Adams International Airport on Tuesday, International Monetary Fund (IMF) Managing Director Kristalina Georgieva stressed that building economic resilience during a climate crisis was one of three priorities of the fund for small island states.

Gegorieve arrived in Barbados at 9:30 p.m., marking the first visit by an IMF chief to the Eastern Caribbean. She was greeted by Prime Minister Mia Amor Mottley, Finance Minister Ryan Straugh and other government officials. Read the full article here.

The brother of the Prime Minister of Antigua and Barbuda, Gaston Browne, has been found guilty of raping a minor.

Addison Browne, 43, was found guilty of raping a 13-year-old girl in the Antigua High Court today, after a week-long trial. Read the full article here.

It is believed that the eradication of the air carrier LIAT (1974) Ltd from the skies of the Caribbean will result in serious casualties.

Former LIAT pilot Neil Cave said the regional airline’s “death” would have a “side effect” on industries including entertainment, cargo and tourism. Read the full article here.

The 24-year-old is charged with the murder of Joshua Alexander, 20, possession of a firearm without a license and escaping lawful custody without force. Read the full article here.

Basketball superstar LeBron James soaks up the sun in the Turks and Caicos Islands with his wife Savannah and their three children.

James and his family landed in the TCI this weekend.

James, 37, also brought along some of his sons Bronny and Bryce’s friends and basketball teammates to share in the family adventure. Read the full article here.